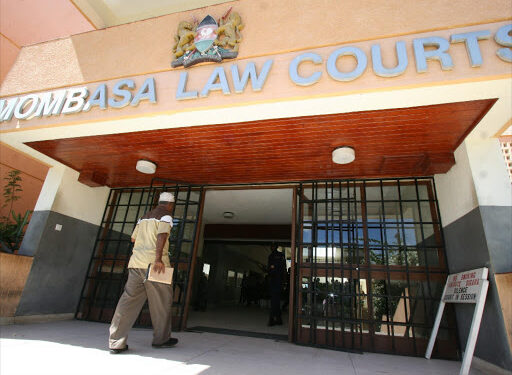 A man in Mombasa County who sued his employer over unlawful termination has been awarded Ksh. 1,200 by the Employment and Labour Relations Court.

Joel Tipapa Nolpoor sued St. Bakhita Girls Rescue Home, demanding Ksh. 308,652 as compensation. This case was filed in 2019 through the ​​Kenya Union of Domestic, Hotels Educational Institutions and Hospital Workers. Nolpoor argued that the school employed him as a day security guard on June 6, 2018, only to terminate his employment after one year.

Mr. Nolpoor said his termination was done without any valid reason or warning.

Furthermore, he told the court that he had applied for renewal of the contract after its expiry on May 31, 2019, to which the school refused.

Thence, he was demanding Ksh. 35,145.80 one-month salary intead of termination notice and annual leave for one year, Ksh.60, 874 for underpayment of wages, and service gratuity at 10 percent of the basic pay equivalent to Ksh.1757.20.

The former security guard also asked for a salary compensation for 12 months, summing up to Ksh. 210,874 due to his unlawful termination from work and an additional declaration that his sacking was illegal.

However, during the case hearing, it emerged that the plaintiff was paid an additional Ksh. 3,000 per month for the extra duties of milking cows.

In his ruling, Justice Ongaya, noted that the plaintiff’s contract term ended and there was termination by expiration of the contractual term. Mr. Ongaya further termed Nolpoor’s alleged illegal termination of employment as misguided, saying: “The prayer for declaration of unfair termination and compensation are declined.”

In addition, the judge ruled that the claim for pay in lieu of termination notice could not be allowed because the contract was for a fixed tenure of one year.

“The Court finds that parties were bound accordingly. The court further finds that the claims for under payment and house allowance were unjustified,” said Ongaya.

According to Justice Ongaya, the plaintiff had distorted the facts while appealing for payment, for instance; paid house allowance and earning Ksh.9 000 monthly salary.

It was also discovered that Nolpoo did not plead the relevant minimum wage order applicable and how the computed figure was thereby arrived at.

“The claimant has failed to do so and the claims and prayers in that regard will fail. In conclusion judgment is hereby entered for the claimant against the respondent for payment of Ksh.1, 200,” said Onyaya.

Kivutha: Kamba Community Will Lose Should Kalonzo Vie For Presidency