Beatrice Elachi lands new government job as CAS in the Ministry of Public Service and Gender. 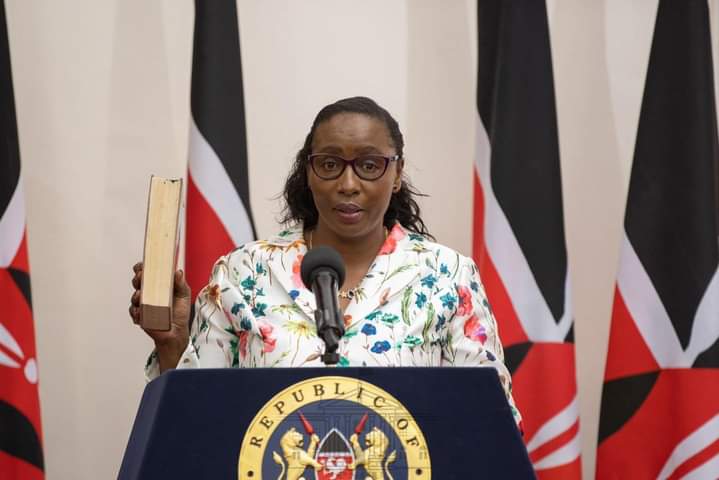 Former Nairobi Speaker Beatrice Elachi has been sworn in as a Chief Administrative Secretary in the Ministry of Public Service and Gender Affairs.

Elachi was among the nine executives who were sworn in during a ceremony held at State House conducted by Head of Public Service Dr. Joseph Kinyua.

She will work with Former Nairobi Woman Representative Rachel Shebesh and Linah Jebii Kilimo at the Public service Ministry.

“We have a big task ahead of us, a task of completing programs and projects that we have already embarked on. I look forward to your contribution in fast-tracking them,” President Kenyatta noted.

Corruption: Two wrongs do not make a right