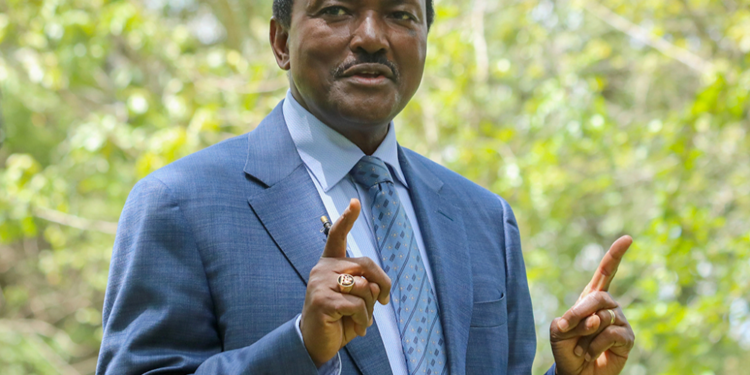 Moreover, while addressing Azimio supporters during a rally in Narok County on Saturday, July 30, Kalonzo told Ruto to stop speaking on his political affairs and instead focus on drumming up for his bid.

The wiper boss further dismissed claims that he has been deceived by Raila.

He then added that he is not interested in any job offer from Ruto’s camp.

“Ruto has gone to my home turf and he is saying that Kalonzo has been deceived by Raila. Also yesterday he spoke with so much anger in Kapsabet telling President Kenyatta to leave him alone. I also want to tell him to leave me alone,” said Raila.

“Look for your votes without using the name of Kalonzo. It is not about Kalonzo but about the man we want to be the 5th president of the republic of Kenya. Pilipili usiyoila inakuwashia nini?” He added.

Furthermore, Kalonzo’s remarks came after those made Ruto in Ukambani, where he said he is willing to work with the Wiper leader should he sever ties with Raila.

Moreover, the deputy president stated that he would personally ‘save’ the wiper leader from the Azimio camp.

He alleged that Raila has repeatedly disrespected and betrayed Musyoka in the past. As such it is not in the Wiper boss’ best interest to once again back the Azimio presidential candidate at the August polls.

“Kalonzo has been mistreated by Raila. He first lied to him that if he backs his bid he will return the favor. After supporting him he told Kalonzo it is impossible he has already chosen Martha Karua. I want to end Kalonzo’s troubles…I know he does not like me but I am ready to save him from Raila,” Ruto said.

Matiang’i Warns Against Money Laundering During the Election Season

A Man ‘Accidentally’ Sets Himself On Fire in Garissa County