Ruto Says They Will Win Against ‘Deep State’ On Tuesday 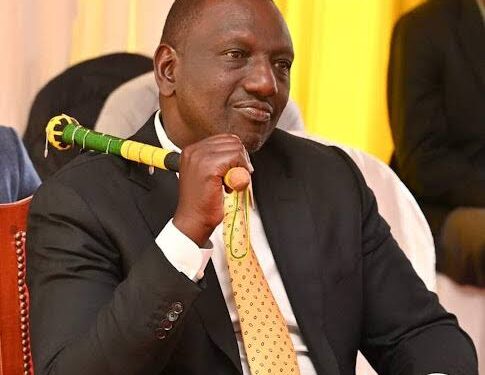 During a press briefing at his Karen residence on Saturday, August 6, morning the deputy president said  the over 22 million registered voters will triumph over any attempts by the ‘deep state’ to influence the polls.

Moreover, Ruto urged his supporters to maintain peace during and after the elections that he described as historic because ordinary Kenyans will choose their next government.

“This is going to be a historic election in many ways. It is an election that will confirm that it is the people that hire and fire their government. It not the system, it is not those in power, it is not the deep state,” said DP Ruto.

“We are confident that we got it right that Kenya is about the 50 million Kenyans, not about three or so people. We have managed to relegate ethnicity to the back banner. It is the people, ordinary like they maybe who will decide.” He added.

Likewise, the Kenya Kwanza leader cautioned the state against any plans to manipulate the election.

In addition, DP Ruto asked the state to allow the Independent Electoral and Boundaries Commission to carry out its operations without any external interference.

According to the deputy president, Kenya Kwanza will not engage in any activity that can negate the democratic will of the voters.

“IEBC should conduct the elections without any intimidation and blackmail. We believe IEBC has men and women with ability to deliver credible election. All hands must be kept off,” said Ruto.

S.Africa’s Ramaphosa to speak on state of a troubled nation

Fell asleep a princess, awoke a queen: Elizabeth in Kenya