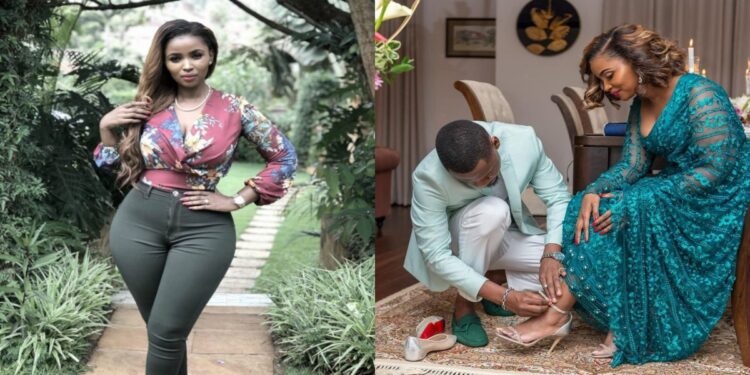 Anerlisa Muigai, over the weekend, took to social media and threw some subliminal on Ben Pol, albeit indirectly.

The business lady, through her Insta-stories update, shared a video of herself listening to some Tanzanian music, followed by a witty caption aimed at destroying Tanzanian musicians, including Ben Pol who is part of the industry.

Anerlisa shamelessly claimed via her caption that her boyfriend thinks Tanzanian artists could the same in all songs.

She added that most of them usually sing as if they are crying.

“My Boyfriend thinks all Tanzanian artists sound the same and are always sounding like they are crying when signing,” Anerlisa wrote.

Well, she did not outrightly mention Ben Pol’s name but most people who came across her status update concluded the ex-husband was her target.

The latest development unfolded barely two years after Anerlisa and Ben Pol divorced each other.

As earlier reported by the media, Ben Pol was the one who filed for the divorce holding he was no longer able to continue with the union.

Anerlisa came out months later and celebrated as she announced their divorce had concluded.

This, however, was shot down by Ben Pol who insisted the divorce process was still on and that the public should ignore Anerlisa.

The curvy lass moved on to the next one with Melvin and duly publicized the same while Ben Pol took a social media sabbatical and never introduced any woman as his latest catch.