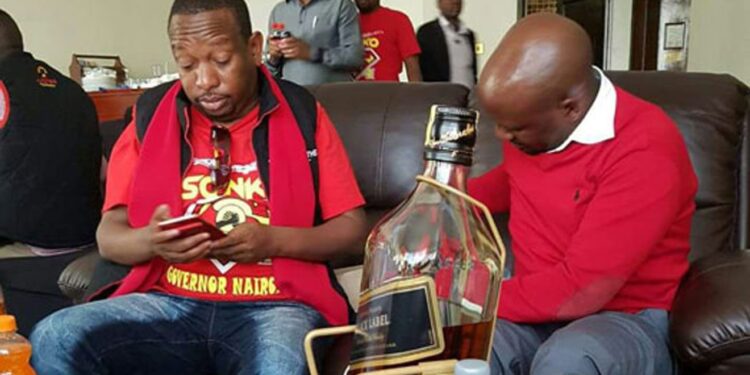 Former Nairobi governor Mike Sonko is man who loves himself.

The politician has over the years proven to the world that he loves the fine things that come with life.

Merrymaking and taking alcohol is one of the many fun things the former governor currently enjoys.

However, it seems like Sonko is tired and done with all that and is ready to be a teetotaler.

With that said, Mike Sonko has gone public to ask Kenyans to pray for him so that he can stop taking alcohol.

In a tweet seen by The Kenya Times, Mike Sonko said he would really want to stop drinking alcohol.

The politician noted that he will appreciate if Kenyans pray for him so that he can even reduce the intake.

His request was received well by a number of people on social media who promised to remember him in their prayers.

Sonko’s request followed a previous post in which he had shared a video of the Sunday service held at the State House on Sunday, September 25.

The Sunday Thanksgiving service at the State House did not sit well with a cross section of Kenyans who insisted State House is not a church.

Ruto’s followers supported the move holding the President is a prayerful man who is free to hold prayers anywhere including State House, which is his current resident.