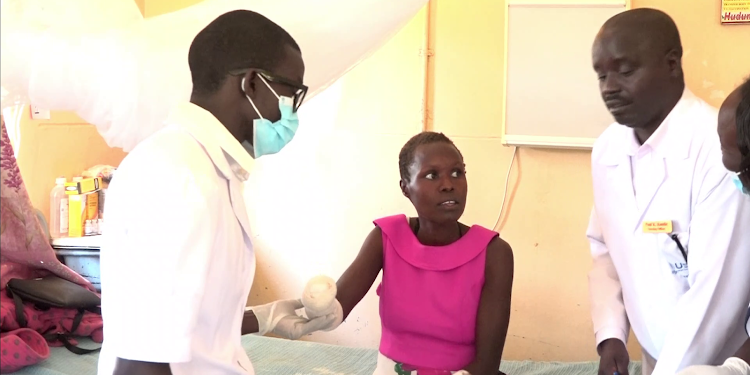 A woman in Baringo has lost her right hand after her husband chopped it off following a domestic disagreement.

Veronica Jepkoech, 24, a mother of two is said to have picked a quarrel with her husband Laban Kipchumba.

Kipchumba is suspected to have picked a machete and slashed Jepkoech’s hand before he attempted to chop off his own neck.

The couple were arguing over a child who was earlier taken to go and live with their grandmother but Jepkoech brought her back home.

Kihoro said the man will be arrested and arraigned to face assault and attempted murder charges.

“Our doctors successfully treated and dressed Jepkoech’s hand although she lost her arm from the wrist,” he said.

Jepkoech wants  well-wishers to assist her to raise funds to settle medical bills.

“ I have lost my hand, I can no longer cook, farm or wash my clothes,” Jepkoech said.