TSC Boss Macharia Orders Teachers To Be Released For Polls 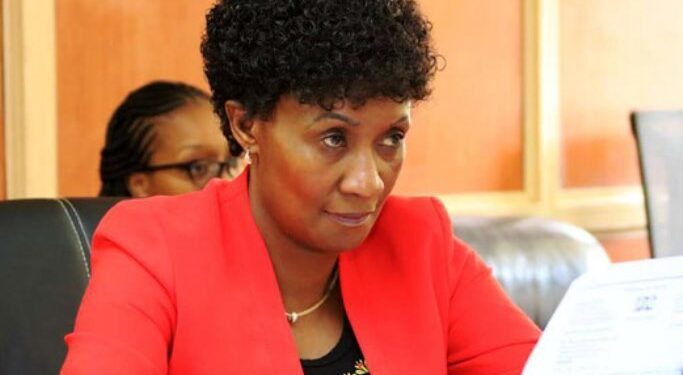 Macharia through a circular on Tuesday, August 2 directed County Directors and Sub-County Education Directors to see to that.

She further asked them to ensure that all teachers report to school on August 11, 2022, when schools reopen.

“Grant all teachers who have been contracted by the IEBC as election officials in the forth-coming General elections as per the provisions of the Code of Regulation for teachers,” Macharia stated.

Moreover, Macharia directed institutional heads to make sure that all schools selected by the commission as polling centers are made available for the exercise.

The Education CS directed that schools close by Tuesday, August 2, to pave the way for the General Election set for August 9.

Likewise, through a press release on Monday, August 1, Magoha said that schools should release learners for an early mid-term break for a period of ten days and resume on Thursday 11th August 2022.

The Education Cabinet Secretary had earlier on indicated that the institutions will close from Saturday.

However, he later explained that the decision to have them closed from Tuesday was informed by further consultations.

Kakamega: Man Turns Himself In After Allegedly Killing Wife

Kenya unveils $28 billion budget counting on it to spur recovery