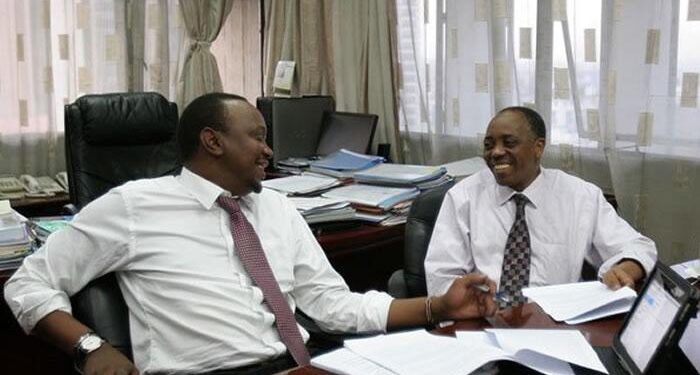 Kinyua is heading the transition committee,Photo/Courtesy

Kinyua said they are ready to facilitate a smooth transition.

“In fidelity with the dictates of our Constitution, I have this morning chaired the inaugural meeting of the Assumption of the office of President committee,” said Mr Kinyua.

Kinyua said the committee’s mandate will start once the winner of the presidential contest is announced.

“The committee’s core mandate is to facilitate a smooth transition from the current administration to the incoming administration. Substantively, the mandate of the committee will be triggered once the IEBC formally announces the results of the 9th August 2022 Presidential Election and declares a President-Elect,” he said.

(b) Organise for the security of the President-elect

(e) Facilitate communication between the outgoing President and the President-elect

(f) Prepare the programme and organise for the swearing-in ceremony

(g) Carry out any other activity necessary for the performance of its functions under this Act and perform any other function assigned to it under any other written law.