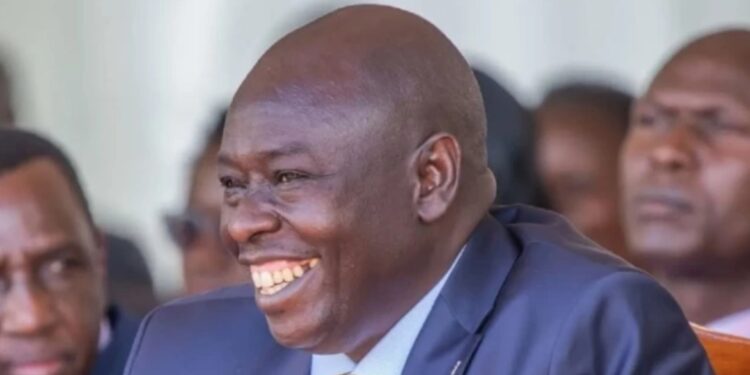 Three officials from the Ministry of Lands have told the court that Deputy President Rigathi Gachagua is the legitimate owner of a disputed land worth Sh1.5 billion located near the Jomo Kenyatta International Airport (JKIA).

The officials, led by the chief land registrar, said DP Gachagua is the rightful owner of the property measuring five acres and not Mr Micheal Ohas, a retired civil servant, who is also laying claim to the land.

Moreover, according to their separate court filings the ministry of lands officials stated that the title deed held by Mr. Gachagua’s company, Wamunyoro Investments Ltd, is genuine and forms part of the Land Registry’s records. It was issued in 2012.

Nonetheless, Mr Gachagua moved to court in July this year seeking revocation of the title held by Mr Ohas on grounds that it was illegally obtained.

According to Gachagua Mr Ohas, illegally acquired a title deed in September 2019 and registered it in the name of a company known as Columbus Two Thousand Ltd.

However, in their separate witness statements filed in court yesterday, the ministry officials dismissed Mr Ohas’ company’s claim to the property.

They noted that the land was initially registered in the names of Peter Nduati Mbugua, Pauline Mulinge and Karandi Farm Ltd in December 2002.

Moreover, through state counsel Allan Kamau, the chief registrar said that the land was transferred to Mr. Gachagua’s company on June 18, 2012, after he paid Sh24 million.

Furthermore, the property was used as security for a Sh150 million loan and a further loan of Sh50 million advanced by Equity Bank on June 27, 2013.

Omanyala – “Every Challenge You Face Today Makes You Stronger Tomorrow”