Gachagua Vows to Get Rid of Tea Sector Cartels

President William Ruto has tasked the DP with spearheading the reforms in the tea, coffee and milk sectors 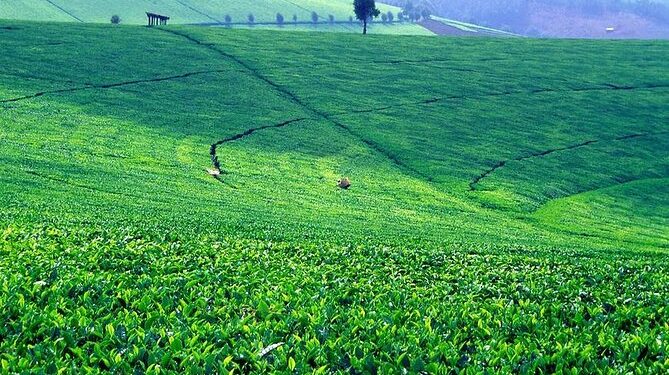 Deputy President Rigathi Gachagua says he will get rid of cartels from the tea sector .Photo/Courtesy

Deputy President Rigathi Gachagua says he is out to get rid of Uhuru era cartels from the tea sector.

The DP spoke on Monday when he met the Kenya Tea Development Agency (KTDA) directors as the government firms up reforms geared towards increasing pay for farmers.

He said they would not relent on their push to streamline the sector in a bid to make it more profitable to farmers.

Gachagua said the Kenya Kwanza administration is ready to work with the KTDA Board of Directors to clear the industry of cartels out to exploit farmers.

“We are concerned about the capture of the sector by various forces which are working to the disadvantage of the farmers. The sector must be freed from these forces,”  he said.

“We have no personal interest in the sector other than the interest of the local farmers. The situation we have now is not pleasant. It is a vicious cycle of poor returns for our tea farmers. The tea farms make beautiful scenery across the country but the owners remain poor,” said the DP.

President William Ruto has tasked the DP with spearheading the reforms in the tea, coffee and milk sectors and has expressed full trust in his ability to reform them.

The DP said the end result was to put more money in farmers’ pockets.

“Our farmers have been fairly disadvantaged. We want to lessen the burden for them”.

“We have already subsidized fertilizers to help farmers reap good yields without overspending on their farms,” the DP stated.

According to the DP, the KTDA management is now stable and they would work with the directors presently in office.

He challenged the directors to work with the government in its bid to streamline the sector.

“We recognize you as the legitimate office bearers. Ours is to help farmers increase their earnings and live better lives,” he noted.

He said he will constitute a small team of industry representatives to lead the reforms in the tea sector.

The DP also promised to look at the decisions made by the previous board that were to the detriment of the farmers’ earnings.