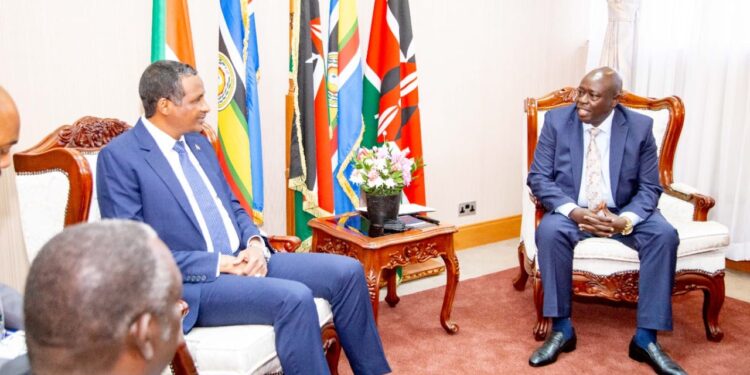 Deputy President Rigathi Gachagua has said that the government will repossess all illicit wealth acquired by unnamed senior persons who served under former President Uhuru Kenyatta.

Speaking during an interview on Inooro TV, the DP claimed that the cartel consisted of “about 10 people who stole billions from the economy in manipulated deals”.

“They were very vocal in telling Kenyans not to vote for thieves, yet they were the real thieves. They had started subdividing public land among themselves in Galana Kulalu and Kibiku in Ngong,” he said.

“Thieves had even captured Kenya Airways, which charges the highest air travel rates in the world and whose aeroplanes operate on full capacity but would be said to be making losses,” he added.

He further claimed that the said cartels owned banks and controlled interest rates and made sure that every public policy was designed to earn them handsome profits.

“But certainly, we will cancel their ill-gotten title deeds, deals and interests,”Gachagua said.

At the same time, the DP said that the same cartels were behind police corruption and extra-judicial killings.

“All those officers and their masters who murdered Kenyans … left people orphans, widows and widowers … we might not come after you, but you will never find peace,” he said.

He accused influential families and individuals for protecting graft cartels in the milk, tea and coffee sectors and blocking reforms so that they could continue enslaving farmers.

“The cartel even borrowed money to pay tea bonuses from the big man’s banks to make money and deceptively make farmers believe that the sector had been reformed,” he said.

“We will not pay for that loan since farmers did not approve it since it was a creation of the big man’s cartel” he said.

Aden Duale Plot To Bundle Him Out