Kanini Kega: I Will Rally Mt Kenya Behind DP Gachagua 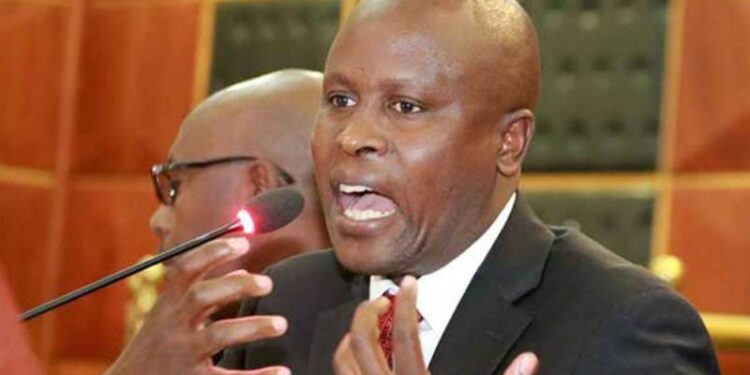 Kanini says he will hold a series of meetings with leaders allied to Azimio la Umoja One Kenya Coalition and Kenya Kwanza Alliance towards supporting and endorsing Mr Gachagua as the region’s topmost politician and political kingpin.

The former Kieni MP says  he will foster the region’s unity behind the DP but within his political formation – Jubilee Party that is led by former President Uhuru Kenyatta.

“The senior most politician that we have at the moment in Mt Kenya is none other than DP Rigathi Gachagua and we will all be anchored under that umbrella.

“But people have been misconstruing that we are leaving our political parties to join another political formation,” he said.

“I want to make it clear that we are coming together with our own outfits at the moment. If in future we will be able to work on those other things, then it will be okay. At the moment, I am joining this unity as a member of the Jubilee Party. I am here as director of elections at Jubilee Party,” he added.

Kega spoke at Governor Kahiga’s Nyeri office where he had paid him a courtesy call.

“I am on record affirming that the Deputy President played a critical role in ensuring that I got that (EALA) seat.

“I must confess that it was not easy because of the different interests that were there, but Rigathi and the rest of the mountain stood with me,” Mr Kega said.

The two leaders pledged to work together in lobbying other leaders from the region to unite.

“Chief Cabinet Secretary Musalia Mudavadi brought the entire Luhya nation together and that was regarded as unity of purpose. But when leaders from the mountain meet, that is perceived with a lot of suspicion. We are not meeting for political reasons but for the best interests of the people of Mt Kenya,”  Kega said.

DP Gachagua has indicated that he was working on plans to bring Azimio la Umoja One Kenya Coalition political bigwigs in Mt Kenya to work with Kenya Kwanza administration before January 2023.