They want the National Assembly to provide them with car mortgages, transport allowances among other benefits 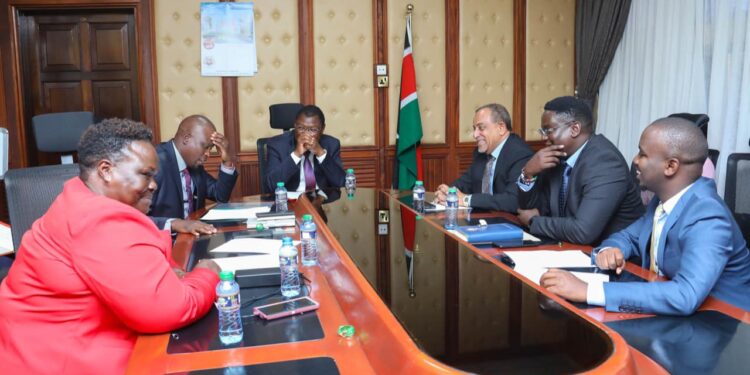 National Assembly Speaker Moses Wetangula when he hosted the EALA MPs delegation at his office.Photo/Courtesy

Kenyan EALA MPs now want the government to grant them benefits similar to those enjoyed by members serving in the Senate and National Assembly.

The  EALA MPs want to be allocated facilities including an office in Nairobi, provision for a budget, car mortgage and transport allowance among other issues.

The legislators spoke when they were hosted by Speaker of the National Assembly the Rt. Hon. Moses  Wetang’ula.

The delegation led by Chairman Hon. Kanini Kega were seeking for the Speaker’s Intervention to have them incorporated into the Kenyan Parliamentary Service Commission (PSC).

Wetangula as the House Speaker serves as Chairman of PSC.

Speaker Wetang’ula committed to engage with the Attorney General, to deliberate on a constitutional amendment to incorporate Kenyan East African Legislation Assembly Members into the Kenyan Parliamentary Service Commission just like their counterparts in Uganda.

He further promised to engaged  East Africa Affairs CS Rebecca Miano to ensure that the EALA MPs have a budget and other benefits that will also assist them in delivering their mandate.

Wetang’ula has previously proposed for an election process where Members serving in the regional Parliament EALA are elected by the people of East Africa and their respective Members of Parliament.