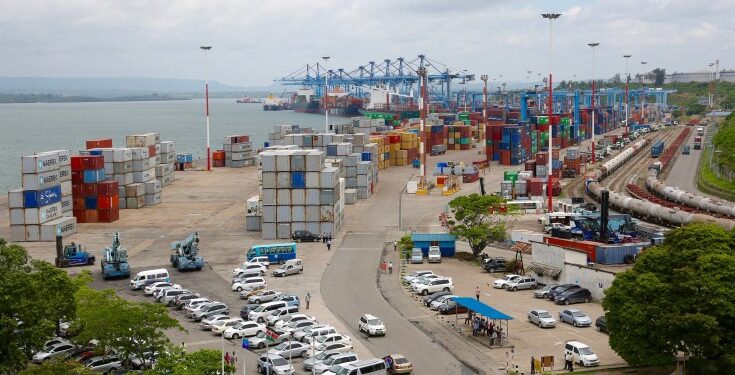 The ship that docked at the Mombasa port earlier this week has been confirmed to have sailed from the port of Maputo, Mozambique.

While speaking during an interview with Citizen TV, the National Biosafety Authority CEO Roy Mugiira, confirmed that the ship brought in white maize procured by the World Food Programme (WFP) for purposes of emergency food relief.

“This is not a trading commodity, and it is not GMO. We have verified that we have a certificate of GMO-free cargo that has come through. Any process that will bring in GMO maize will require our approval,” Mugiira stated.

Moreover, the ship’s arrival sparked debate among members of the public with a section of MPs even threatening to impeach Trade CS Moses Kuria if he goes ahead to approve offloading of the maize without Parliament’s approval.

On Tuesday, November 22, Pokot South MP David Pkosing claimed that CS Kuria has no authority to order the importation of maize without first consulting the public and various parties.

“There are no roadside declarations in this country, it must be public participation, there must be a gazette notice which will be tabled in Parliament and if Parliament questions it, it is done,” Pkosing said.

According to Pkosing, a gazette notice must be tabled in Parliament for debate after which, only the outcome of the debate should be considered.

The legislator further argued that importing GMO maize is unnecessary while local farmers are harvesting maize from their farms. He added that the government should instead morph business terms with them.

Additionally, the ship’s arrival also received criticism from NARC-Kenya leader Martha Karua who claimed that the maize importation is a “get-rich-quick medium” for a few individuals and not a plan to mitigate the ongoing food crisis as proposed.

“Maize, Maize, Maize. Source of daily meal for a majority of Kenyans. To wheeler dealers a get-rich-quick medium, imported often needlessly at the expense of the local farmer,” Karua stated in a tweet.

KRA to Review its Workers’ Salaries Amid Competition for Talent

The Evil of Pornography to Children and Youth