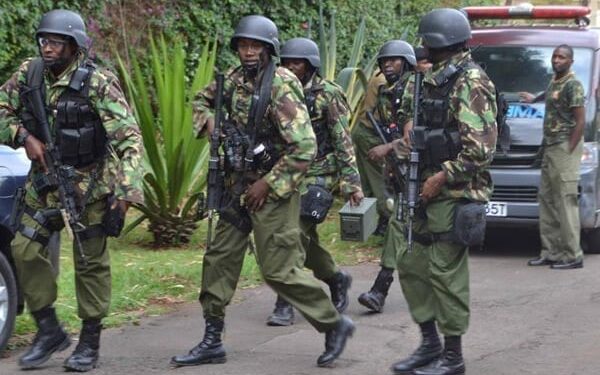 The specialised units have been tasked with tackling the surging crime rate in the City.Photo/Courtesy

President William Ruto has sanctioned the deployment of  specialized units from the GSU and RDU to tame the surging crime wave in Nairobi.

“In response to the security concern, Cabinet sanctioned up-scaling of security surveillance to deter crime and sanctioned swift and decisive action to deal with all those perpetrating crimes,” a statement from the Office of the President reads.

“Following the reorganization of Nairobi County Security command,there are the deployment of additional specialized police units drawn from the General Service Unit(GSU) and the Rapid Deployment Unit(RDU).”

The National Police Service has listed  the Thika Highway; along the Drive-In flyover to KCA, KCA underpass and Total exit as the most targeted areas by criminals.

Nairobi has in the past been been registering a surge in criminal activities including muggings,violent robberies and murders.

The daring criminals have been targeting and attacking people in broad day light.

Raila To Launch Manifesto On Monday After IEBC Clearance