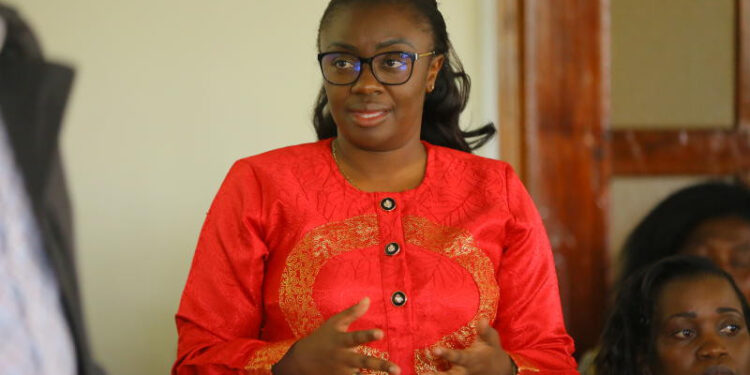 Nominated Senator Gloria Orwoba while narrating her experience when she first joined the senate stated that she realized she could not accomplish all her set goals because they became unrealistic.

During an interview at JKL show on Wednesday, November 9, the Nominated Senator noted that she had set far-reaching goals which she had plans of implementing on the floor of the Senate. However, after assuming her senate role, she became aware of the fact that her ambitions were unpractical, hence she had to tone them down.

“I came with such a big vision and all the things that I was going to do and I quickly realized that those were not realistic, those were theories,” she Orwoba said.

According to the legislator, the senate has protocol, and bureaucracy, factors that contributed to lowering her goals.

Moreover, senator Orwoba opined that she learnt while contesting for Bobasi MP in Kisii County during the August 9 General Election, that politics needs a “shameless” individual who is ready for any ramifications.

“The formula is to dare to be shameless. You want a seat, just shamelessly ask for it. There is something about being shameless, there are no apologies. You know you will just need to present yourself,” she said.

Orwoba further pledged to push for at least two bills in the House focusing on ICT and the digital economy.

“I told myself that if I come out with only two bills then I will be good.” She stated.

Nonetheless, Senator Gloria Orwoba flew back to Kenya from Denmark where she was managing Facebook data network. She ran for the parliamentary seat but was later nominated under the UDA Party.