by Douglas Baya
in News
0 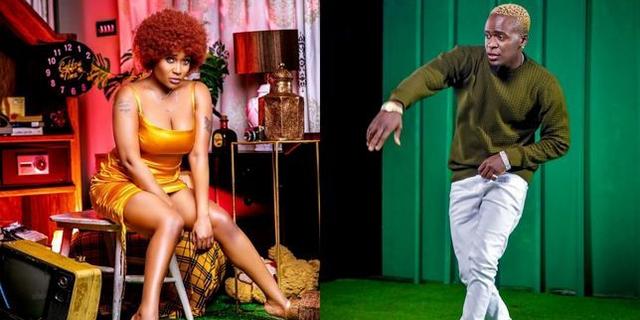 Former gospel musician Willy Paul is not only talented in the studio but also in the bedroom.

This, the star has confirmed several times by dating and having flings with countless beautiful ladies.

For the longest time now, the singer has not been flaunting a bevy of beauties he has like he used to do a couple of years before.

With that, most of his fans believed he has been single until a few days ago when he hinted otherwise.

The musician in the past few weeks has been lusting and gushing over sultry songstress Jovial.

From Instagram posts, to live radio interviews, Willy Paul has been professing his love for the cute songstress.

Well, Jovial seems to have heard Willy Paul’s requests to date her and duly gave him more reasons to be even happier with her feedback.

Using her social media, Jovial has somehow been hinting to have fallen head over heels for the Sitolia hitmaker.

Just recently, Jovial shared Willy Paul’s photo on her Insta-stories and expressed how much she is in love with him.

At first, netizens thought the two were just chasing clout and were possibly working on a collabo set for release soon.

That may be true, but a bubbling romance seems to be yet another reason for them to be closer than they used to be before.

On Monday, September 25, Willy Paul dropped the mother of all hints by picking up Jovial from the airport.

The musician went to pick up the songstress with his newly acquired Matatu.

While at the airport, the two oozed nothing but deep romance characterised by hugs, kisses and what not.

The latest move left many with no option but to believe indeed the two could be the newest Celebrity Couple in town.

The two celebrities are yet to address or confirm the issue but judging by various comments on social media, Kenyans believe they are now an item.

Just recently, Willy Paul purchased a new Matatu, a move that did not impress many.

A section of Kenyans on social media trolled the musician holding he is too big of a star to buy a Matatu.

As earlier reported by The Kenya Times, many Kenyans insisted Willy Paul should have bought a helicopter or even a private jet instead of embarrassing himself with a mere matatu.

M23 Rebels Fight on in Eastern DR Congo Despite Truce

How COVID affected markets and livelihoods in Kenya’s fisheries sector