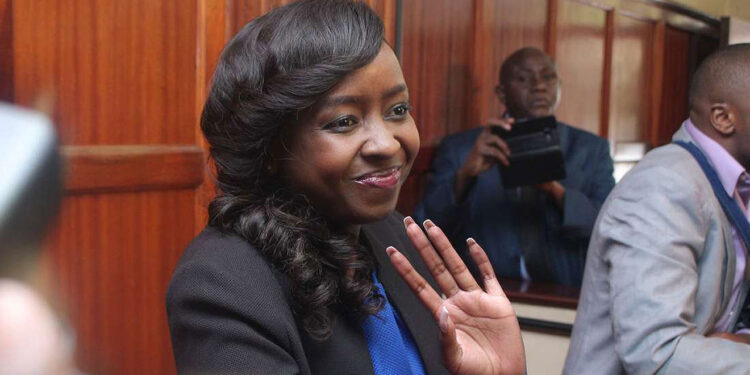 When one door closes, another one opens, and this recently came to life through former Citizen TV news anchor Jacque Maribe.

Jacque Maribe, who has been jobless for over two years, has finally landed a job.

Well, not just a job but an auspicious one at the Office of the Deputy President.

The Kenya Times has learnt Maribe has been appointed as the Director of Communication at the Office of Deputy President, Rigathi Gachagua.

Since she is a revered journalist and communications expert, Jacque Maribe, is mandated to control what goes to the public and organising press addresses by the DP and his office.

Following news of her appointment, her family members, close friends, and Kenyans a whole took to different social media platforms to congratulate her.

Some even went ahead to thank Dennis Itumbi whom they believe is the person who connected her to Maribe’s newfound plum government job.

Also Read: Mambo Mbotela Sworn in as Member of the Heroes Council

Back then, rumour mills were rife with reports that Maribe and Itumbi were an item.

However, the two dismissed the claims and held they are simply good longtime friends.

Previously, The Kenya Times reported how Jacque’s family has been advised by mental health experts and her friends to keep a close watch on her.

According to them, the journalist had shown signs of being suicidal.

Maribe has been private for years now after she was implicated in a murder case involving her then lover, Jowie.