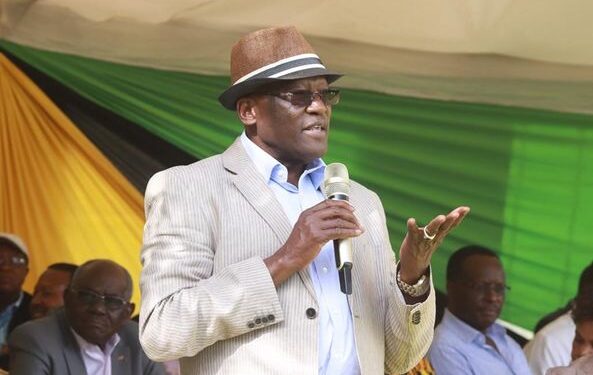 Muthama says that the Fafi MP made the claims in his personal capacity.Photo/Courtesy

“The statement by Fafi MP, Hon. Salah Yakub on scrapping of the presidential term limit and cap it on age limit has made many Kenyans to get concerned.

“Many have called me asking the position of UDA Kenya,” Muthama said.

Muthama says the  Fafi MP is not speaking on behalf of the party.

“As the Party Chairman I wish to categorically state that Hon. Yakub made a personal statement which has nothing to do with UDA,” Muthama added.

Yakub in his proposal claims the cap should be on age and not period service.

The Fafi MP alleges that some UDA legislators are working on a Constitutional amendment bill.

The bill will seek to replace the two-term limit with an age limit of 75 years.

Yakub revealed the plan during a relief food distribution drive in Garissa over the weekend.

“As a Party, we stand for open Democracy

And we remain supportive of the two-term presidential limit and no ongoing discussions to scrap it,” Muthama said.