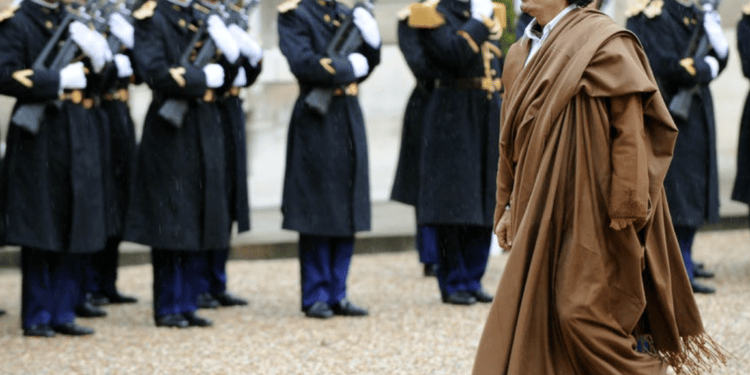 In all about half (26) of the 54 member states in Africa chose the path of neutrality in some form.

So why did African countries not vote overwhelmingly to support the resolution?

I believe that the decision of several African countries to stay neutral and avoid condemning Russia for its invasion of Ukraine was made on issues relating directly to the conflict as well as broader security, economic and political considerations.

There are five key reasons: these include skepticism towards the North Atlantic Treaty Organization (NATO), and its motives; growing reliance among some countries on Moscow for military support in the past decade; growing dependence on wheat and fertilizer imports; and a sense that this is a return of the Cold War.

African countries have based their decisions on strategic calculations on how the conflict will affect them rather than on the humanitarian catastrophe arising from the conflict. This is in contrast to the European Union which has been able to converge and take a unanimous stance on the conflict.

First, some African countries including South Africa see NATO as the aggressor with its expansion eastwards. This, in the view of these countries, constitutes a threat to Russia. The president of South Africa recently blamed the organization for the war in Ukraine stating:

the war could have been avoided if NATO had heeded the warnings from amongst its own leaders and officials over the years that its eastward expansion would lead to greater, not less, instability in the region.

This is not the first time African countries have been skeptical of NATO’s activities. In 2012, the former president of Namibia (another country which abstained from the vote) argued that NATO’s overthrow of Libya’s Muammar Gaddafi should be condemned and rejected by all right-thinking Africans.

The invasion of Libya and the subsequent killing of Gaddafi resulted in destabilization in North Africa and the Sahel. The result is that NATO has become quite unpopular in several African countries.

Russia’s lack of emphasis on adherence to human rights has shifted many countries in Africa to building military alliances with it. For instance, in 2014 when the United States refused to sell certain weapons to Nigeria due to gross human rights abuses recorded in the fight against Boko Haram, Nigeria turned to other countries including Russia and Pakistan for arms supply.

In 2021, Russia signed military cooperation agreements with Nigeria and Ethiopia, the two most populous countries in Africa.

The Stockholm International Peace Research Institute estimates that Russia sold 18% of the total arms it produced to Africa between 2016 and 2020. Some of these military alliances have been in existence since the Soviet era and are deeply entrenched.

Russia accounts for 16% of global wheat production, and 13% of fertilizer production. African countries, already reeling from the impact of COVID-19 are skeptical about cutting any trade links.

In addition, the perceived lack of support from the west during the COVID-19 pandemic has shifted many African countries further away from their traditional western allies in Europe and America.

Fourth, some African countries see the conflict as a proxy war between US and Russia, reminiscence of the Cold War and so don’t want to get entangled in the conflict.

The Cold War brought untold hardship to several African countries as it happened when most of the countries in Africa were gaining independence and needed to align with one of the blocs.

Several civil wars ensued. It therefore seems right to some African countries to stay neutral at this point.

Furthermore, China, a major ally to several African countries has towed this line. As a result, some of its allies in Africa chose the same path.

Finally, there’s an increasing perception in several African countries that traditional western allies only care about their own economies and people and would only assist if it is in their interest or falls within the liberal agenda.

For instance, since the impact of sanctions on Russia started driving up commodity prices, the US has turned to Venezuela while the UK has turned to Saudi Arabia to increase oil production and reduce the burdens of citizens at home.

There has been no mention on how African countries are affected, or how to help countries on the continent whose economies are struggling. This brings back memories of the lackadaisical support received from the west during the pandemic. And it further reinstates the need to be neutral – or in some cases not to be dictated to.

Dr Olayinka Ajala is a lecturer in Politics and International Relations at Leeds Beckett University. He has previously worked at the University of York and the University of Newcastle. Olayinka holds a doctorate degree in Politics from the University of York, a Master's degree from the Institute of Development Studies, University of Sussex where he studied Globalisation and Development and a Bachelors degree in Agricultural Extension and Rural Sociology from Obafemi Awolowo University, Nigeria. In 2014, Olayinka was a visiting fellow/lecturer at the Combating Terrorism Centre, United States Military Academy, West Point. He has consulted for local and international organisations including the European Asylum Support Office (EASO), the Government of Belgium and was a lead panel analyst on 'Terrorism and Counter-Terrorism in Africa', a round table discussion at the John F Kennedy School of Government, Harvard University.