Russia Lacks Professionals to Pursue Its Policy Goals in Africa 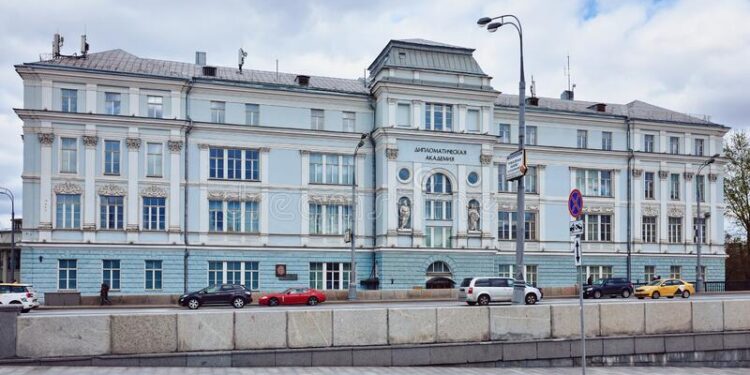 Understandably more than three decades after Soviet collapse, Russia has few well-trained multipolar-oriented specialists and professionals to work seriously on its diverse policy goals across Africa.

As simple as the narratives in several reports, Russians have bitterly complained of acute shortage of policy leaders with the necessary adequate knowledge and expertise who could advance efforts at directing, coordinating, and monitoring purpose-driven action plans and deliver impact at a scale expected in Africa.

With the rapidly evolving multipolar world, the increasing competitiveness for influence and the need to reinforce cooperation between the government and business sectors, Russia has to focus on its agenda and take suitable strategies for implementing a set of policy goals in Africa.

Perhaps now, Russians are acknowledging their existing weaknesses. Complaints of inadequate professional staff in several reports could be interpreted as poor performance and as a cover-up for its policy pitfalls in Africa.

If Russian officials still maintain there is lack of professionals, then it must be due to poor planning, poor vision, and poor coordinating efforts between state institutions of government and educational centers as pointed in a policy report November 2021.

That report titled – ‘Situation Analytical Report’ – was prepared by 25 policy experts headed by Professor Sergei A. Karaganov, Dean and Academic Supervisor of the Faculty of World Economy and International Relations of the National Research University’s Higher School of Economics (HSE University). Karaganov is also the Honorary Chairman of the Presidium of the Council on Foreign and Defense Policy.

The report was very critical of Russia’s current policy towards Africa. It indicated deep-seated inconsistencies in policy implementation, and further underlined the fact that there have been little definitive results from various efforts in dealing with African countries. It says in part:

“Apart from the absence of a public strategy for the continent, there is shortage of qualified personnel, and the lack of coordination among various state and para-state institutions working with Africa.”

Last December for instance, Interfax News Agency reported that the Russian Science and Higher Education Ministry was preparing new educational programmes for developing countries within the context of emerging multipolar world. Since Soviet’s collapse, Russia has trained graduates and professionals for the past three decades in many of its institutes and universities in the Russian Federation.

Also Read: Volodymyr Zelensky: “Putin sent hit squad of more than 400 mercenaries from private militia into Kyiv to assassinate him under the guise of peace talks”

“The challenge is transformation of the system of international relations and the re-focusing of educational and scientific flows to the East and the South. We realize that this turn requires a substantial number of competent professionals, so we are preparing a new educational and scientific programme called Oriental and African Studies,” Russian Science and Higher Education Minister Valery Falkov said during Government Hour in the Federation Council.

“We need specialists who are not just fluent in languages of the regions and have a profound knowledge of their history and culture but who are also proficient in economic and geopolitical matters,” he said at the Federation Council, the Upper Chamber of Parliament.

He made an excellent analysis of the relations between Russia and Africa.

The article highlighted future perspectives and successes in building political dialogues during the previous years. On the other hand, he exposes for serious consideration by authorities some existing obstacles and weaknesses.

He wrote that Russia’s return to Africa has been discussed in the media and at various levels of power for two decades. That the African elites, especially those who studied at Soviet institutes and universities, still have memories of the struggle for the political freedom of Africa.

During the Soviet times, at the height of fighting against Western colonialism, there were economic offerings of the Soviet era.

However, all these cards are a matter of the past, while in the present it has been difficult for Russia to offer Africa anything of value that could compete with large-scale Western investment or Chinese infrastructure projects, he wrote in his article.

Today the situation has changed radically, according to his assessment. He pointed out the challenges Russia faces, one of them is “an immense lack of personnel for successful work in Africa” and further suggested the necessity of putting together a distinctive group of experienced professionals and specialists for working on practical, consistent, and effective policy challenges as well as geopolitical tasks with African countries.

In an insightful long-ranging conversation in April 2022, the newly appointed Rector of the Peoples’ Friendship University of Russia, Oleg Yastrebov, told me that his university was established back in 1960, it primarily provides higher education to Third World students during the Soviet days.

Many students, especially from developing countries, still come to this popular university from Latin America, Asia and Africa. It is Russia’s most multidisciplinary university, which boasts the largest number of foreign students and offers various academic disciplines.

Without mincing words, the youth is the future.

The whole development and technological progress depend on them – the present young generation learn to become professional leaders in various fields, get equipped with the necessary skills that help them to acquire the knowledge of communication internationally.

“We are the most international, the most multidisciplinary and the friendliest university in Russia. It has the strongest language school. By studying languages, students receive an extra diploma of a translator. A student can choose from 12 foreign languages to study: European, Oriental or Russian as a foreign language,” he told me authoritatively.

He unreservedly argued that the university staff and academic teams provide the necessary broad knowledge and cutting-edge skills for young aspiring leaders from 160 countries and that makes the university first-class among many others in the Russian Federation. The countries include those in Europe, Asia and the Middle East, Africa and Latin America.

The Institute for African Studies under the Russian Academy of Sciences was founded in 1959. Since then, it has undergone various changes and carried out huge scientific research on Africa. It has nearly a hundred staff including well-experienced researchers, academic fellows and specialists on various African issues and directions.

“The situation has been changing during the last few years. Today the importance of Africa for Russia in different respects, including political and economic, is recognized by the state, and the Russian Foreign Ministry and other state institutions dealing with the Russia-African relations in various spheres, ask us for our expert advice on different points quite often,” said Bondarenko.

According to him, the situation now is much better for African studies than for a long time before. In particular, today there are many more opportunities for doing fieldwork in Africa. Russian Africanists and their work are becoming better known in the global Africanist community. Quite a lot of junior researchers join the academy nowadays. In an assessment, African studies in Russia are on the right road and in broadening international cooperation with Africanists worldwide.

Unlike the United States and Europe, Russia has poor relations with its trained African professionals and African specialists who graduated from Soviet and Russian educational establishments. Without doubts, some of them could serve as bridges between Russia and Africa. Why not? At the U.S.-Africa Leaders’ Summit, there was an explicit indication to engage African professionals in the entire structure in the process of re-setting relations and move it unto the next stage. That is an irreversibly strong positive step.

Are Russia-Africa relations truly based on long-standing traditions of friendship and solidarity created from the Soviet Union?  Is forging closer relations within their agreed framework to continue coordinating positions on platforms? Why are Russians complaining? Have they already trashed the joint declaration adopted, after the first summit, on the key areas of Russian African cooperation or will be considered only as an important historical document in the State Archival Library of Vladimir Lenin?

The accelerated development of human resource potential is inextricably linked to economic development. The 21st century has heralded the rise of the knowledge economy, and Russia really needs people who will be able to make vital contributions in tackling social and economic challenges facing Africa. Of course, the Soviet Union made an invaluable contribution to developing the scientific and educational potential in a number of African countries.

Then there should have been a well-coordinated efforts toward working with graduates trained in Russian institutions, and additionally in an integrated manner, work closely with African specialists in opening up practically a new page in the history of Russia’s relations with Africa.

Kester Kenn Klomegah is Guest columnist at the Kenya Times and an independent researcher, including being a policy consultant on African affairs in the Russian Federation and Eurasian Union. He can be reached at kesterkenn@yahoo.com

Volodymyr Zelensky: “Putin sent hit squad of more than 400 mercenaries from private militia into Kyiv to assassinate him under the guise of peace talks”