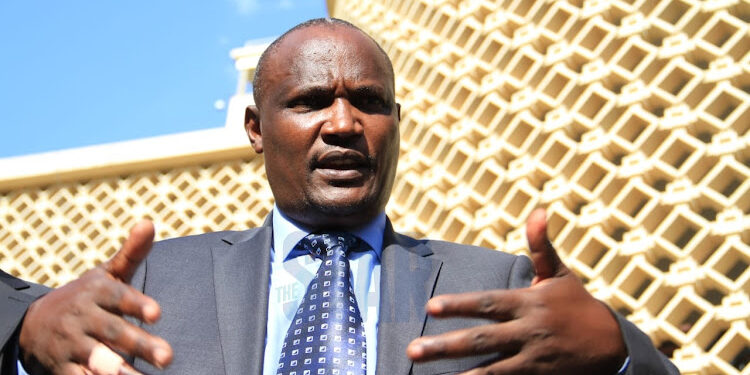 While speaking on Monday, January 16 during an interview with Spice FM, Mbadi reported that the officials met Interior PS Raymond Omollo and made the preparation ahead of the president’s tour.

He said the President invited leaders from Nyanza region and they obliged.

“A change of heart from where… I don’t think there’s a change of heart. This is the first time Ruto is making an official visit to Nyanza as a president and he invited leaders from the region he was visiting,” Mbadi said.

“I was invited to the functions in Homa Bay. We made preparatory meetings here in Nairobi together with PS Interior.

“We were to meet the President here in Nairobi, but we politely requested that we meet in Homa Bay and that was granted. We asked for one hour, we were given two.” Added the ODM Chairman.

Moreover, Mbadi said the meeting was based on the development of Homa Bay County.

“We presented a memorandum through our governor, and I think the same was replicated in other counties,” he stated.

Nonetheless, the head of state toured Homa Bay, Kisumu and Siaya counties last week in which he launched development projects.

Furthermore, president Ruto outlined his plan for Nyanza region and the country, saying that he will work for all whether they voted for him or not.

President William Ruto also promised to work with all elected leaders to better the lives of Kenyans.

Gachagua Vows to Get Rid of Tea Sector Cartels

TSC On The Spot For Overpaying Some Staff Amid Teachers’ Shortage

Sossion On Being Education CS -“The president decides who serves where,”