MPs Walk Out of an Induction Workshop in Mombasa 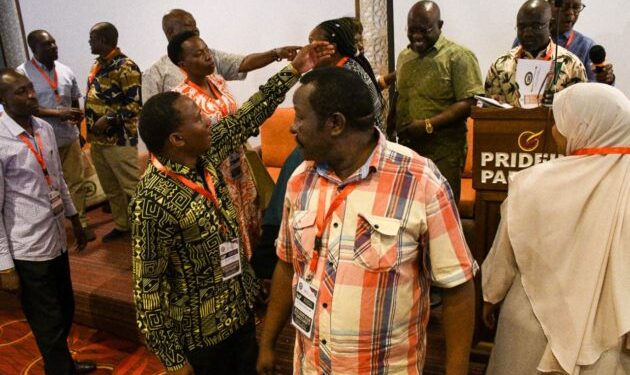 A section of the MPs at PrideInn Paradise Hotel, Mombasa. Photo/Courtesy

More than 200 members of parliament (MPs) walked out of an induction workshop in Mombasa on Monday, January 23 to protest the delay in the release of the National Government- Constituency Development Fund (NG-CDF).

The legislators were attending a five-day induction workshop on their roles in carrying out their mandate as provided for under the Standing Orders.

Moreover, the workshop was set to be officially opened by the Deputy Speaker of the National Assembly Gladys Boss at PrideInn Paradise Hotel, Mombasa.

Likewise, the Treasury Cabinet Secretary Prof Njuguna Ndung’u in November 2022 promised the legislators that the National Treasury will be releasing Sh2 billion every week to the constituencies.

Furthermore, National Assembly Speaker Moses Wetangula informed the MPs that the National Treasury had confirmed that it will begin disbarment of the NG-CDF by tranches of Sh2 billion on a weekly basis with effect from December 9, 2022, and will have disbursed a total of Sh44.289 billion by the 23rd week of disbursement.

The MPs are expecting at least Sh50 million for the bursary.

Nonetheless, as of Monday, January 23, the MPs confirmed receiving Sh7 million from the National Treasury out of which Sh2 million is for administration while the other Sh5 million is for bursary.

Yatta MP Robert Basil during a press briefing at the venue said the National Treasury has been taking them in circles for the past two months.

“Nothing has come for the past two months, we cannot be sitting here and our children are not in school,” said Basil.

His Marakwet West counterpart Timothy Kipchumba said, “It is absurd to use hundreds of millions of shillings to host over 300 MPs in a hotel, yet our children cannot go to school.”

Moreover, Wajir North MP Ibrahim Saney argued that most of his constituency members lost their livestock to drought, and therefore cannot afford to take their students to school.

“They are therefore depending on a bursary. Today’s session was interrupted deliberately, not for political reasons but for our children,” he said.

Nevertheless, NG-CDF Committee chairperson Moses Sirma stated that the MPs will only proceed with the induction workshop after they have received 50 percent of what they are required to receive for bursary.

Govt’ Calls for Repair of Boreholes in Drought-Stricken Areas