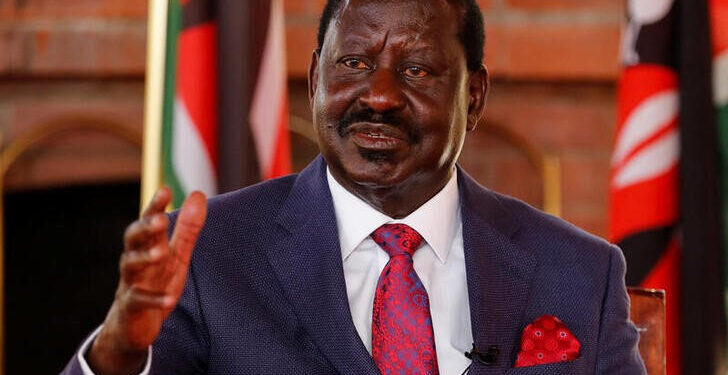 Raila Odinga has asked the four IEBC commissioners who distanced themselves from the August 9 Presidential election results to boycott summons to appear before the Justice and Legal Affairs Committee (JLAC) for a hearing on the four petitions filed against them.

The Azimio la Umoja One Kenya leader stated that the current problem facing the commissioners including IEBC Vice Chairperson Juliana Cherera, commissioners Irine Masit, Justus Nyangaya, and Francis Wanderi is part of the governmet’s plan to influence the 2027 elections.

“This probe is politically motivated; it is a continuation of the witch-hunt mission that Ruto is on. We advise the commissioners to boycott it in the interest of constitutionalism and rule of law,” Odinga said.

Raila further noted that president Ruto’s administration is eager to replace the four IEBC commissioners with those who will help them win the 2027 elections.

While speaking on Thursday November 24, the former Prime Minister accused the two Houses of Parliament of participating in the alleged capture of Kenya’s electoral body.

Likewise, the Azimio leader stated that none of the four IEBC commissioners was found to have committed any electoral offences during the hearing of Azimio’s poll petition. He added that it was only IEBC chairman Wafula Chebukati, who was found to have acted unilaterally.

Furthermore, Mr. Odinga stated that president Ruto’s administration has been on a path of vengeance and impunity since his camp accepted the election results in August, targeting institutions and people who did support them.

“Their target is institutions and individuals that the regime feels did not dance enough to their tunes during the campaigns,” he added.

According to the ODM boss, Ruto’s administration has trained its guns on those it believes are unlikely to dance to its tune in 2027.

Nonetheless, the National Assembly’s Justice and Legal Affairs Committee was scheduled to hear the petitions filed against the four commissioners on Thursday, November 24.

21 Constituencies To Lose Out On Sh44bn NG-CDF Allocations