Raila accused president Ruto’s administration of capturing institutions and inflicting injustice on members of the public. 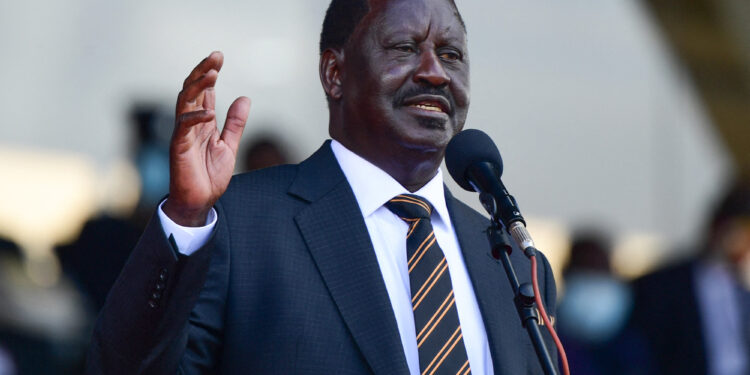 Opposition leader Raila Odinga has called out President William Ruto accusing him of reinstating the Nyayo regime under a different designation.

The Azimio la Umoja leader on Thursday, November 24 accused president Ruto’s administration of capturing institutions and inflicting injustice on members of the public.

Mr. Odinga mentioned the four commissioners from the Independent Electoral and Boundaries Commission (IEBC) who are currently awaiting their fate on four petitions seeking to have them dismissed from the electoral commission.

Moreover, the petitions want the four, including IEBC Vice Chair Juliana Cherera and commissioners Irene Masit, Francis Wanderi and Justus Nyang’aya, to leave office on grounds of gross misconduct, abuse of office, violation of the Constitution, and taking sides in the August 9 presidential race.

In addition, Raila Odinga stated that the path Ruto’s administration is taking will severely affect the unity and stability of the nation.

“The capture is now being attended to by the two houses of parliament. Swiftly Kenyans are being turned into being passive by-standers in the affairs with grave implications for our unity, stability, and governance as a nation,” he said.

According to the Azimio leader, President William Ruto’s administration is taking Kenya back to the affairs last witnessed in the 1980s regime.

“We are here to sound a warning that no one should lie to this regime that we will sit back and watch a return of the Nyayo regime in another name.” Raila noted.

The ODM boss threatened to lead a “pushback” against president Ruto, further urging Parliament to be guarantors of the rule of law and not enablers of constitutional revenge against the four IEBC commissioners.

“The injustice being inflicted on the IEBC commissioners will mark the beginning of a massive pushback against Ruto and those who think like him,” he said.

Furthermore, Mr. Odinga claimed that the move to oust the IEBC four is unconstitutional and politically instigated.

“This probe is politically motivated and a continuation of the witch-hunt mission that Ruto is on. It will turn into a nasty partisan fight at a time when we need to unify the country.” He stated.