by Audrey M
in Mountain, Politics
0 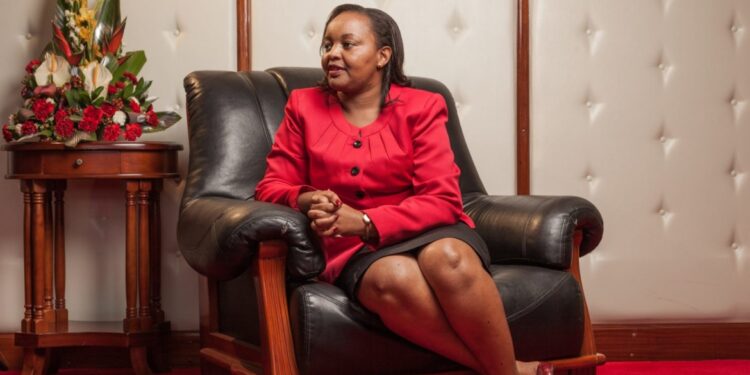 Deputy President William Ruto needs over 100 per cent of Mt Kenya support if he has to convert Kiambaa win ahead of 2022, Kirinyaga Governor Anne Waiguru has said.

The United Democratic Alliance party candidate had a narrow victory in the Kiambaa by-election.

Njuguna Wanjiku won against rival Kariri Njama of Jubilee in the concluded by-elections.

That should worry DP Ruto who needs 101 per cent of Mt Kenya support if his candidacy is to convert to the State House,” she said.

“But it is still a year before the 2022 elections which in politics is a lifetime.”

Via Twitter on Friday, Waiguru said for Jubilee, this should be a warning.

“For Jubilee, it is that its core supporters are unhappy and urgent action is needed to forestall further downwards slide,” she said.

“For UDA this is probably the best they will do in Central Kenya.”

Waiguru said in Kenya’s electoral history by-elections have always been outliers with little or no relationship with the general election.

According to IEBC, Njuguna received 21,773 votes while Njama followed closely with 21,263 votes.

Although there were eight aspirants, the contest narrowed down to a two-horse race pitting Jubilee and UDA.

However, Joseph Githinji of the Jubilee Party won the Muguga Ward seat, the IEBC has announced after the tallying of all the 29 polling stations.

Githinji narrowly won with 4,089 votes against his closest rival, Peter Kamau of UDA who garnered 4,062 votes – a difference of 27 votes.