Scientists Plan to Harness Energy from the Sun

The large number of antennas on Earth would pick up the beams and convert the energy into electricity.

by John Ouma
in Sci-Tech, Space
0 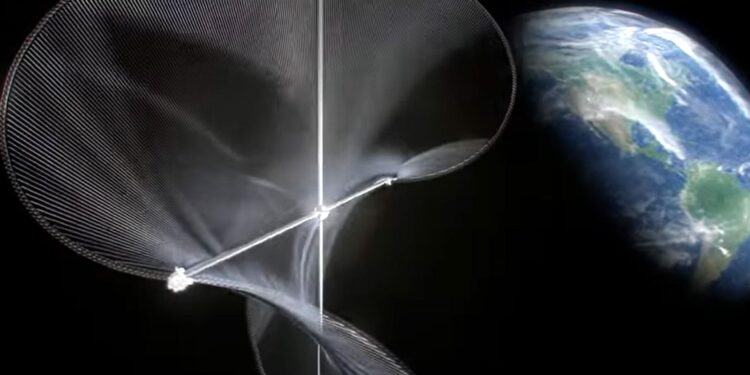 Scientists are working on a project designed to “harness the power of the sun from space to supply power on Earth.”

It has emerged that European Space Agency (ESA) is looking into plans involving creating a solar farm in orbit.

The SOLARIS project, Tim Jones reports, “aims to collect sunlight over a wide area in space, convert it to microwave energy (similar to high frequency radio waves found in a microwave oven), then transmit it down to Earth.”

Scientists expect that the large number of antennas on Earth would pick up the beams and convert the energy into electricity.

“Operational system could be developed by 2040 and it could deliver a substantial percentage of the UK’s energy needs by the early 2040s,” according to research commissioned by the U.K government from consultants Frazer-Nash.

Mamatha Maheshwarappa, payload systems lead at the UK Space Agency, says: “This must be a joint (public and private) venture. Government can fund some of the initial de-risking activities, but it would later need to be supported by private investments.”

Whilst cognizant of the fact that large amounts of energy could be lost during the conversion and the beaming process, scientists believe it would be economically viable even if only 10 per cent reached Earth.

Energy expert Jean-Dominique Coste from the team at Airbus said: “If satellites were to collect the sunlight, they would need to measure about 2 kilometers across to achieve the same power level as a nuclear power plant.”

Embu: Alarm over High Rate of Stunted Growth in Children

Tunisia Election Board Edges Voter Turnout Up to 11 Percent

I Make Love to My Wife Four Times a Week, Juacali Discloses

Kenya’s Lapsset Development Corridor: between a Bright Future and a Grim Past