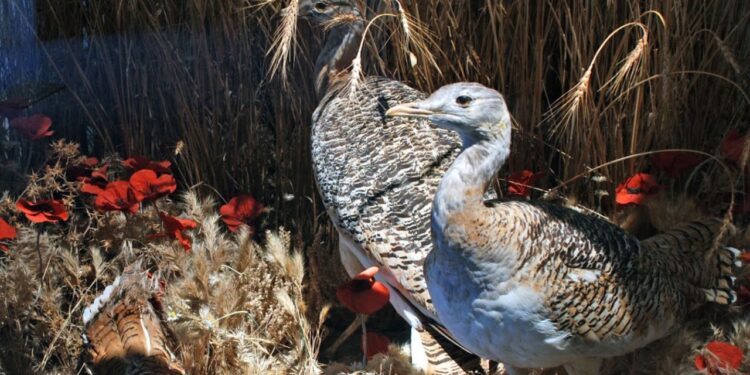 New research released yesterday indicates that “the world’s heaviest bird capable of flight could be the latest animal to use plants as a form of medication.”

After studying data on 619 droppings belonging to great bustards researchers from Madrid, Spain, discovered “that the two species of plants that were eaten more than other foods in their diet had “antiparasitic effects.”

Great bustards, which are found in parts of Europe, Africa and Asia, are listed as vulnerable on the International Union for Conservation of Nature’s Red List of Threatened Species, with, according to the research, around 70per cent of the world’s population living in the Iberian peninsula.

Similarly, the study which was published in Frontiers in Ecology and Evolution, “reveals that the great bustards ate an abundance of corn poppies (Papaver rhoeas) and purple viper’s bugloss (Echium plantagineum).”

Hafsa Khalil notes that “through analysis of the plants extracts, researchers discovered that both have antiparasitic properties, which they tested against three common parasites in birds: the protozoon Trichomonas gallinae, the nematode Meloidogyne javanica and the fungus Aspergillus niger.”

Kindiki: No Kenyan Will Pay to Join Security Forces