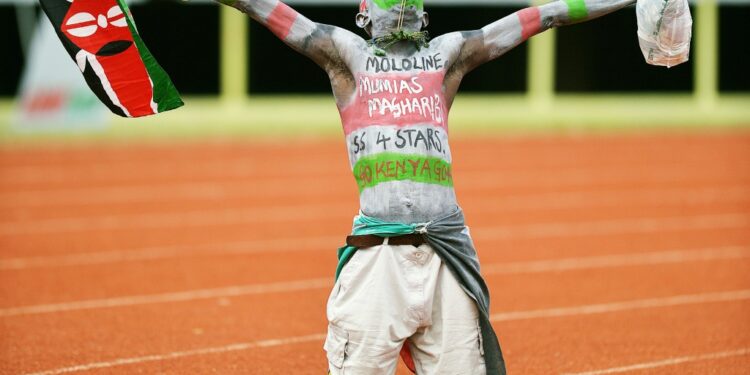 Kenyans are mourning the death of the country’s best known football fan, a colorful former newspaper vendor who was found hacked to death at his home.

Issac Juma Onyango was a familiar feature when the national team Harambee Stars were playing — painting his body from head to toe in Kenya’s colors of black, red and green, and staging animated dances in the stadium.

“His passion for the game was unmatched,” the Harambee Stars said in a tribute on Twitter.

For more than two decades, Onyango was a walking advertisement for the Harambee Stars and other top club teams, including his favorite AFC Leopards, and his appearance in the stadium was believed to be a good luck charm.

“I do it because I love football so much, I can hardly miss an international match anywhere in the country,” he said in a 2007 interview with a Kenyan newspaper.

“After being painted I stop talking to anybody, abstain from sex and do nothing to compromise my concentration until after the match.”

He said his love for the beautiful game began when he was a youngster and he used to sneak out of school to watch football matches.

Onyango was awarded a Kenyan lifetime achievement award for his contribution to football in 2011.

The 56-year-old was hacked to death by armed men at his village home in western Kenya on Wednesday in what was believed to be a dispute over ancestral land, media reports said.

He is survived by two wives. Reports said he had 10 or 11 children.