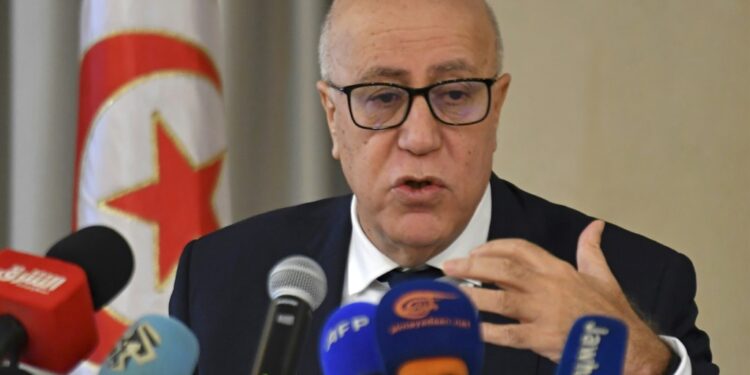 “We need to reach a deal with the IMF as soon as possible to mobilize external finance in the budget” or “2023 will be a complicated year”, Marouane El Abassi told journalists in Tunis.

Tunisia, struggling under debt worth 90 percent of its Gross Domestic Product, reached an agreement in principle with the global lender in mid-October for a bailout package worth around $2 billion.

The IMF’s stamp of approval is expected to unlock access to other international sources of credit.

But the North African country’s economy is still reeling from the double blow of the Covid pandemic and Russia’s invasion of Ukraine, which has ramped up the price of vital cereal and energy imports.

The IMF was originally expected to approve the deal on December 19, but that was delayed.

Asked by AFP, Abassi said the delay had been because the Tunisian budget was not ready.

The IMF has also called for a law restructuring of more than one hundred state-owned firms, which hold monopolies over many parts of the economy and in many cases are heavily indebted.

The law is under discussion and is to be presented to the cabinet, Abassi said, without specifying when.

“As soon as it’s passed, we will be able to go back to the IMF board,” he said, adding: “The sooner, the better.”

Abassi defended the central bank’s decision to hike its base rate to eight percent, saying it aimed to rein inflation which he said could hit 11 percent in 2023.

Economists have noted that the main sources of inflation in Tunisia are external, particularly spiraling international commodity prices.

But while Abassi admitted the hike could “slow down growth”, he stressed that it was his job to protect the Tunisian dinar.

“The bank doesn’t have many other tools,” he said.

Abassi added that the removal of state subsidies on basic goods, particularly fuels, long demanded by international financial institutions including the IMF, would “raise prices significantly over the next three to four years”.

LSK Pledge To Assist In Probe Of Slain IEBC Official