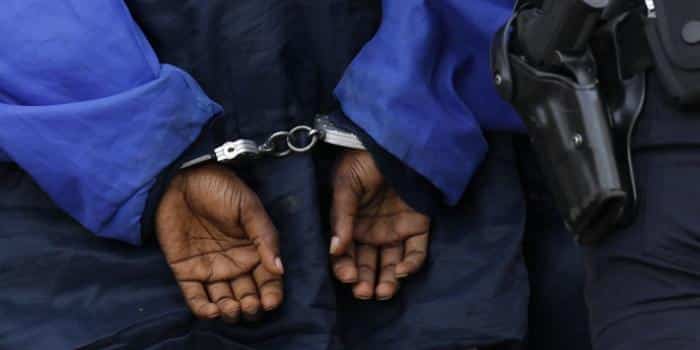 A man suspected to have set ablaze a home in Ngimari village in Embu County on October 2, 2022, killing seven family members was arrested on Friday, January 6, 2023.

All seven members of the family perished in the arson attack and their house reduced to ashes leaving no one to tell the story.

Moreover, it has emerged that the suspect who had been on the run since the attack burnt down the wrong house. He allegedly planned to kill his estranged wife but instead torched down the wrong home.

Mr. Okanda noted that the incident was a serious offence and as such, capital charges will be preferred against the prime suspect.

The suspect was flushed out of his hideout in Kakamega County on Friday night by detectives.

The police commander further reported that the suspect is currently being held at a police station in Nairobi but will be transferred to Embu so that he could be arraigned in the local High Court for trial.

Nonetheless, victims of the arson attack were laid to rest side by side in the same grave during a funeral, which attracted local leaders led by Governor Cecily Mbarire.

Furthermore, the leaders demanded that justice be done.

In addition, Embu East Deputy Commissioner Jane Waruinge on Sunday, January 8 noted that justice would be served after the suspect in the gruesome murders was seized.

“We lost the entire family during the attack and detectives have done an excellent job. Appropriate legal action will be taken against the prime suspect,” she stated as she thanked relatives and residents for remaining calm throughout the investigation process.

Likewise, detectives handling the matter reported that the suspect allegedly had a disagreement with his wife who then fled her matrimonial home in Kakamega only to be married by another man in Embu village.

The suspect allegedly sent a text message, threatening to set their family home on fire after learning of the woman’s marriage.

Unfortunately, he is said to have mistakenly torched a neighbor’s house, killing the seven family members, leaving residents and leaders reeling in shock.

We Will Continue Making Difficult but Necessary Decisions – President Ruto