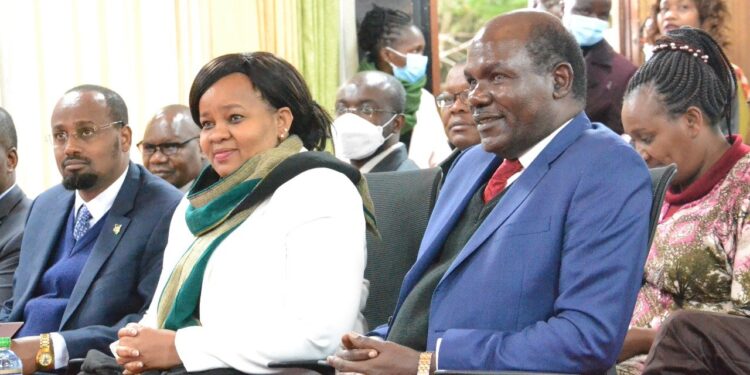 IEBC commissioners during a prayer session at the Bomas of Kenya.Photo/IEBC

Justice Mugure Thande quashed the electoral commission decision not to use manual voter register on grounds that they acted outside the parameters of the law and the constitution.

“A declaration is hereby issued that the decision of IEBC and Chebukati signified under a letter dated June 10, 2022 stating that the commission shall not use the manual register of voters in the general election of Tuesday next week is unconstitutional and the said decision is hereby quashed, ” Justice Thande ruled.

The judge said  that lEBC and Chebukati have the constitutional mandate to take all necessary logical steps to ensure that all citizens’ rights under Article 38 as well as Article 33 of the Constitution of Kenya.

“And a declaration is hereby issued that the IEBC has a constitutional mandate to take all necessary measures that administrative arrangements for the registration of voters and conduct of the election including the identification of voters during Tuesday’s elections are designed to facilitate and not deny an eligible citizen the right to vote in the election,” she ordered.

Civil rights groups moved to court to challenge the decision by IEBC to abandon the physical voter register saying the Commission is facing the same technological and network problems that it faced in the 2013 and 2017 general elections.