Wajackoyah Says He Will Execute Msando’s Killers If Elected 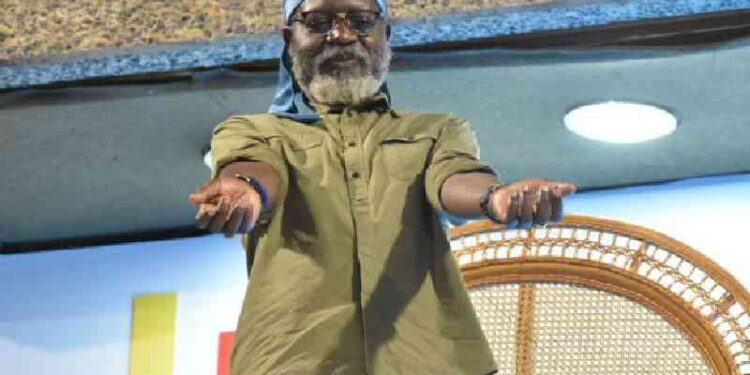 The late Christ Msando was the Independent Electoral and Boundaries Commission (IEBC) ICT manager before his demise in 2017.

Moreover, Msando, was allegedly abducted and found murdered a few days before the 2017 general election.

Likewise, critics and a section of the public believe that his death due to his job and position at IEBC.

Furthermore, Wajackoyah, addressing Siaya County residents where the lae Msando hailed from, said it is time justice is served to families that have lost their loved ones across time.

“I will change the constitution and constitute a military tribunal,” he stated.

Moreover, Wajackoyah said the tribunal will be chaired by military personnel and deputized by a figure from the police.

According to the Roots party candidate, Luo’s have lost so many of its brainy sons to a point where members of the community are almost giving up in the fight for what is right.

Similarly, Wajackoyah noted that criminals in death row will be given their favorite meals according to their tribes ahead of the hanging exercise.

“Before you are hanged, you will be served chicken if you are a Luhya; fish if you are Luo and mursik if you are Kalenjin,” he said.

He further added that during his reign, prisons will be abolished as culprits will be killed as soon as they are convicted by a court of law.

Nonetheless, Wajackoyah was cautious enough not to annoy supporters of his competitor, Raila Odinga.

In fact, he said that Raila’s father, Jaramogi Oginga Odinga, although dead, harbors great wisdom that he would love to reap from.

He also claimed that Jaramogi was from the Wanga ancestry where he comes from.

“After leaving Siaya town, I will proceed to Bondo and then to the Jaramogi Oginga Odinga Mausoleum. Jaramogi is sleeping there with great wisdom that I need right now to win the presidency,” Wajackoyah said.