Comedian Y.Y Insinuates Mammito Left Butita Because He Was Broke 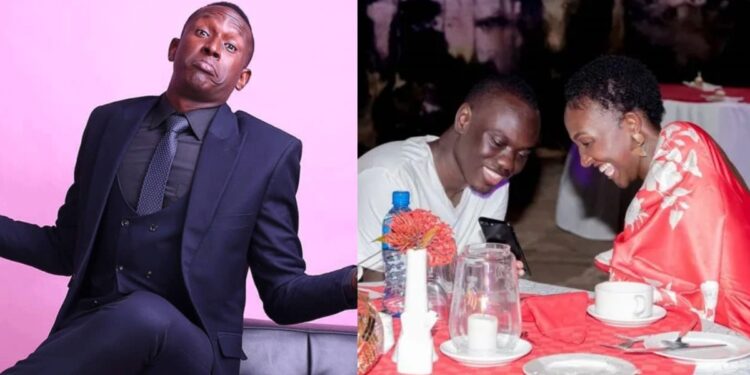 Churchill Show comedian Y.Y has dropped some hints on the possible reasons behind his colleague Eddie Butita and Mammito’s break up.

Comedian Y.Y while addressing the breakup claimed Mammito may have left Butita because of financial deficiency.

Speaking during an interview with SPM Buzz (Butita’s online TV), Y.Y said that no woman can stick by a man when he becomes broke.

The comedian insisted that money brings joy and happiness in a relationship not to mention its longevity.

According to Y.Y, his friend Butita’s ex-lover Mammito left him because he was in a financial crunch and could not sustain her.

The funny man did not mention names, but his synopsis clearly pointed at Mammito.

Y.Y vehemently noted that most women will leave their men when things don’t look up for them and rush to leaded guys, save for a few heavenly-sent ladies who can still stick around.

“No woman will remain in your life the time you are struggling especially with finances. Just a small percentage can do that and are heavenly sent. The majority of women are wired to leave when you are struggling and that is why as men, we need to work hard. We should not be comfortable once we woo them, women can leave you anytime.” Y.Y said.

The lass claimed life after Butita has been smooth that she has even added some weight and looks way better than then.

Neither Butita nor Mammito publicly disclosed the main reason behind the split and have been ignoring questions over the same in separate interviews.

Study: Change of Weather Can Cause Landslide