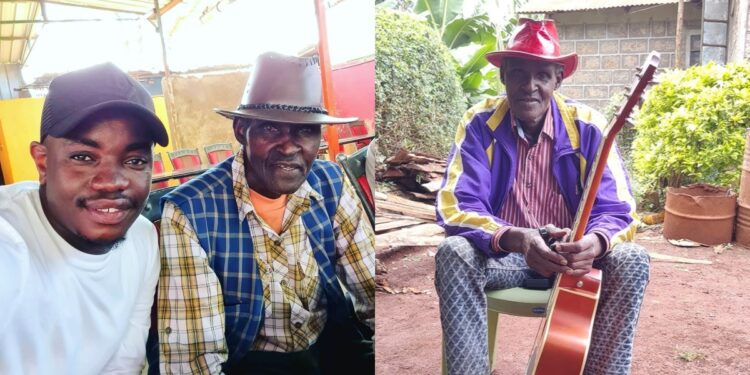 Legendary Mugithi musician Dick Njoroge Munyonyi of the Firirinda fame has sent out an appeal to Kenyans and other well-wishers to help offset his medical bills.

Munyonyi, whose star shone even brighter in 2021 after his song Firinda went viral has been sick for some time now, with the medical bills overwhelming his family.

According to Mugithi musician Kajei Salim who was the first person to share Munyonyi’s predicament, the Firirinda star is in dire need of over KSh 1.5 million, to cater for his medical bills.

Taking to social media on the night of Wednesday, November 9, Kajei Salim informed the public that Munyonyi’s family has organised a fundraiser set for November 26, at his home in Githuya in a bid to raise funds for his hospital bills.

Kajei Salim did not disclose what Munyonyi is ailing from but pleaded with his fans and followers to share his plea widely so as to save the latter’s life.

“URGENT NOTICE!!! Dear friends, Artists and fans of Dick Njoroge Munyonyi (FIRIRINDA). I’m making this post regarding a phone call I received from our legend Diki Munyonyi. He reached out to me and told me he has been unwell for a while and he really needs our moral, mental, AND mostly FINANCIAL HELP to cater for his medical bills, which amount to over KSh 1.5 million. Diki and his family have organised fundraising which will be held on the 26th of November 2022 at his residence in Githuya Village at 2 pm. Please let us support our legend now that he really needs us. For more information kindly contact them via: 0729355305. PLEASE LET’S SHARE THIS WIDELY. Cc. Samidoh ,” Kajei wrote.

Kajei Salim’s social media appeal caught the attention of many Kenyans online who not only promised to help in whatever way they can but also called on the government to chip in and assist the Mugithi legend.

Munyonyi first shot into instant fame in 2021 when his song Firirinda which was released about 35 years ago went viral.

The song was shared online by Jeff Kuria, a vernacular radio presenter and it instantly became a national anthem with many people sharing videos of themselves moving to it.