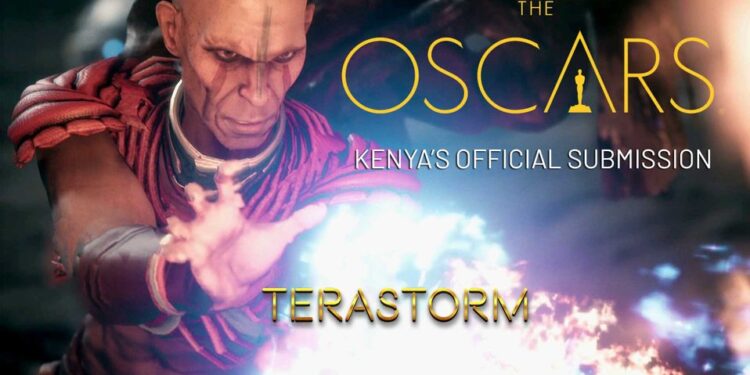 Revered Kenyan rapper Dennis Kaggia, popularly known as DNA and his family are on celebratory moods after one of their own made a great milestone in his career.

The Kenya Times has learnt DNA’s younger brother Andrew Kaggia has been nominated for the 2023 The Oscars Academy Awards.

Andrew, a star animator disclosed to the public that one of his animation works had been nominated for The Oscars.

The Kenya Times understands Andrew’s work, an animation film dubbed Terastorm was the only official submission from Kenya.

Breaking the news to Kenyans online, Andrew through a Facebook post thanked God for enabling him and noted the nomination is one of the greatest things to ever happen in the animation industry.

“My film Terastorm has been selected as Kenya’s official submission for the 2023 Oscars. Massive win for the animation industry,” Andrew wrote.

Well, his achievement impressed and inspired many Kenyans who thought it wise to congratulate him through the comments section of his post.

Andrew may be new to many people but his older siblings are household names doing great things in the entertainment industry.

Andrew is the brother to rapper DNA and radio host Tina Kaggia.

DNA was at some point in his music career one of the biggest artistes in East Africa.

Their sister Tina has for the longest time been on radio, working for different top radio stations such as Classic 105 and Nation FM.