by John Ouma
in Civil Unrest
0 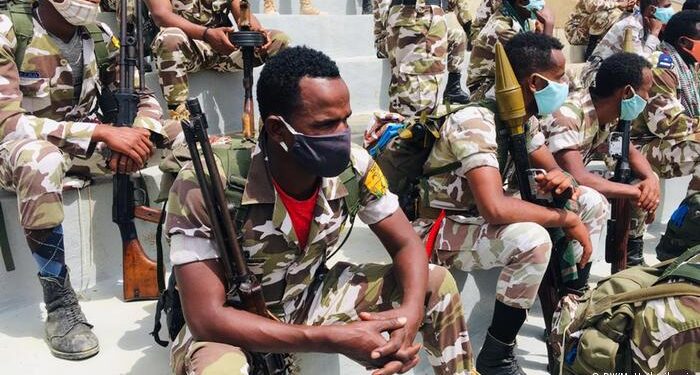 Almost one in three children under five years of age in the war-torn Ethiopian region of Tigray is malnourished, according to the United Nations.

Recent emergency assessment carried out by the World Food Programme (WFP) indicates that “29 per cent of very young children are suffering from global acute malnutrition (GAM) and more than half of pregnant or breastfeeding woman are also malnourished.”

The assessment was carried out in Tigray in June and involved interviews with at least 3,000 families across the region.

In particular regions of Tigray, “65 per cent of children under five were malnourished while in others the proportion was 55 per cent, with 16 per cent suffering from the more serious severe acute malnutrition.”

Health officials consider a malnourished child to be 12 times more likely to die compared to their well-nourished peers. The assessment report underscores that humanitarian situation in Tigray “calls for urgent action to strengthen wasting treatment interventions [in the region] to prevent excess mortality due to malnutrition.”

According to Claire Nevill, a spokesperson for WFP in Ethiopia, the figures confirmed so far are “extremely worrying and likely to worsen as the UN faces a funding squeeze, partly as a result of the war in Ukraine.”

In addition, WFP observes that 5.2 million people – close to 90 per cent of the population – are now deemed “food insecure”, an increase of six percentage points on the last assessment, 2.4 million people (47 per cent))) of which are considered “severely food insecure”, which WFP defines as having “extreme food consumption gaps”.