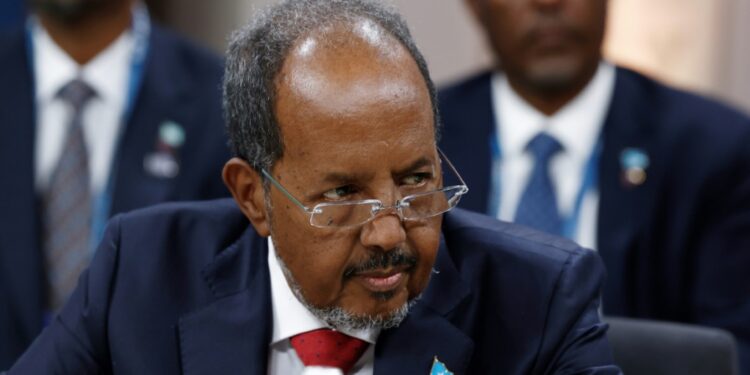 Al-Shabaab stormed a military base north of the Somali capital on Tuesday in a deadly attack launched after the government claimed a “historic victory” over the jihadists with the capture of a strategic coastal town.

There were conflicting reports about the death toll from the assault on the military camp in the town of Hawadley.

Speaking on national radio, army chief Odowaa Yusuf Rage said five soldiers including a senior officer had died in the attack claimed by the Islamist militants.

The Islamists detonated a car packed with explosives outside the camp sixty kilometers (37 miles) north of Mogadishu before gunmen stormed the compound, witnesses and security officials said.

Al-Shabaab, an ally of Al-Qaeda in Somalia that controls swathes of countryside, claimed responsibility for the attack via its communication channels.

The base had only been recaptured from Al-Shabaab by the Somali National Army (SNA) in October last year by government forces and allied clan militias in a fresh push against the jihadists.

The government on Monday announced a “historic victory” over Al-Shabaab after the army took control of the strategic city of Haradhere in central Galmudug state without having to fight.

In recent months, the army and local clan militias have retaken chunks of territory in Galmudug and Hirshabelle states in an operation backed by US air strikes and an African Union force.

But despite the gains, Al-Shabaab has demonstrated the ability to strike back with lethal force against civilian and military targets.

Rage said the army had repelled the assault in Hawadley and was pursuing the militants who got away.

“Five members of the army were martyred, including a senior military officer,” he said.

Ahmed Mohamud, an SNA military commander in the nearby town of Balcad, said more than ten people had died, but added that it was not clear how many were soldiers and that the toll was provisional.

He said the army was “in full control” of the area.

Last week, he called on ordinary Somalis to help flush out members of the jihadist group he described as “bedbugs”.

Although forced out of Mogadishu and other main urban centers more than a decade ago, Al-Shabaab remains entrenched in parts of rural central and southern Somalia.