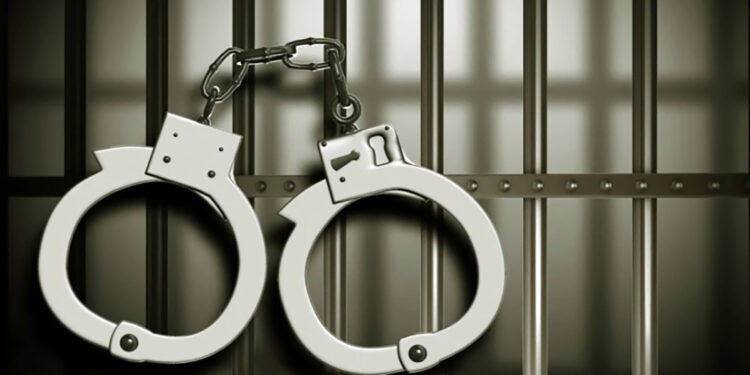 Four police officers were on Monday, January 9 arrested in investigations into a botched attempt to rob a businessman of Sh2 million in Nairobi County.

The police officers were caught in Muthaiga area as they drove off with the businessman. However, the money they are believed to have targeted was not there.

Moreover, two of the officers were armed with pistols at the time of arrest.

Police report states that, a businessman who runs a foreign exchange bureau had withdrawn the Sh2 million from Absa, Mama Ngina Street branch and was walking with the same to his bureau at about 11 am.

A few meters to the entrance of the bureau along Standard Street, the businessman who was with an employee at the premise, was confronted by four men who introduced themselves as police officers.

According to the businessman, the four men claiming to be police officers said they were after one of the men who was carrying the bag containing the money and that he was wanted for an offence which they did not reveal.

Nonetheless, they raised alarm, hence attracting the nearby security guards and police officers who were guarding the nearby Dahabshil Forex Bureau rushed to the scene.

Moreover, a security guard from the Afro Forex bureau and a manager immediately took the bag containing the money to the bureau for safe keeping.

Also Read: 3 Minors Among Those Detained Over Edwin Chiloba’s Murder

Nonetheless, the businessman and the employee were arrested by the four officers who were driving a private car – Toyota premio claiming they were taking them to the DCI headquarters.

The owner of the bureau reported the incident to police leading to the arrest around Muthaiga area.

It was then gathered that two of the officers are attached to Kasarani police station, one to UN office and another one in Juja.

The four officers have been placed in police custody for the offence of attempted robbery with violence. Likewise, the private car they used has been detained at regional police headquarters in the Nairobi area.

Nairobi police boss Adamson Bungei stated that they are investigating the matter with an aim of taking action.

USAID to Give Kenya Ksh 30.28b for Drought Support