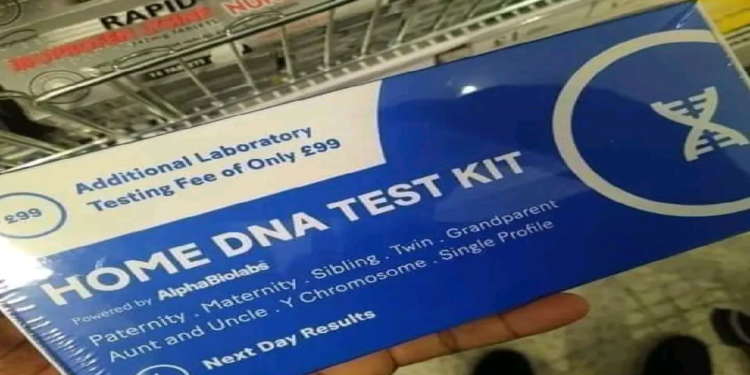 Dr Ahmed Yakub Kalebi a Kenyan pathologist has said the cost of an actual DNA test costs a minimum of Sh15,000.

This is as opposed to reports that there is a new kit retailing at Sh800.

Dr. Kalebi further explained that the Home DNA Test Kit said to be available in pharmacy or supermarket shelves at a cost of Sh750 to Sh800 is just the sample collection kit (swab).

According to the pathologist, the actual DNA test sample collected must be mailed or shipped to the lab where lab testing fee is at least Sh15,000.

“Unfortunately, there seems to be a lot of misinformation/ disinformation going round perpetuated by social media comments, even in mainstream media and by political leaders suggesting that the DNA test only costs Ksh 800.That is NOT TRUE! The test costs more than Sh15,000,” he stated.

Nonetheless, the discussion on the Sh800 Home DNA kit started making rounds on social media last week, with a section of Kenyans welcoming the news as a good move into determining the paternity of their kin.

Likewise, some Kenyans with contrary opinion noted that the cheap kit would break marriages.