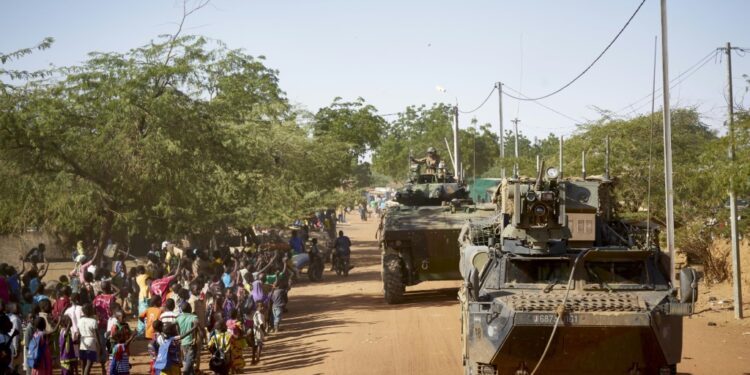 The Burkina Faso government clarified on Monday that it has asked ex-colonial ruler France to pull its troops out of the insurgency-hit country within a month.

France deploys about four hundred special forces soldiers in junta-ruled Burkina, but relations have deteriorated, and tensions have soared in recent months.

“We are terminating the agreement which allows French forces to be in Burkina Faso,” government spokesman Jean-Emmanuel Ouedraogo told Radio-Television du Burkina.

“This is not the end of diplomatic relations between Burkina Faso and France,” he added.

“This termination is normal and is foreseen in the terms of the agreement,” the spokesman said.

The junta and all the country wanted “to be the prime actors in the recapture of our territory”, he said, echoing coup leader Captain Ibrahim Traore’s rallying call to reclaim as a top priority swath of land occupied by jihadists.

AFP obtained on Sunday a copy of the Burkinabe foreign ministry’s letter sent to Paris and dated last Wednesday asking to “terminate and close the agreement in its entirety”.

Can’t be any clearer

He claimed there was “great confusion” over the reports and urged Traore to take a public stance.

The government spokesman said Monday: “At the present stage we don’t see how we can make it clearer.”

Since the latest military regime seized power in September several demonstrations have taken place calling for the departure of the French ambassador, as well as the French troops.

Protesters attacked the French cultural center in the capital Ouagadougou in October.

The French foreign ministry admitted the junta had asked it to replace ambassador Luc Hallade after he ruffled feathers with reports on Burkina’s worsening security situation.

At the same time Burkina Faso, like its Neighbour Mali, appears to be turning increasingly towards Russia as a partner.

“Russia is a reasonable choice in this dynamic,” Burkinabe Prime Minister Apollinaire Kyelem de Tembela said last week after talks with the Russian ambassador and a December visit to Moscow.

Burkina Faso is reeling from jihadist violence that swept in from neighboring Mali in 2015.

The insurgency has claimed the lives of thousands and driven at least two million others to flee their homes.

Paris has been concerned about a repeat of its disastrous falling-out with Mali, from which it removed troops last year.

If French forces were to pull out of Burkina, Paris’s preferred option looks to be redeployment to the south of neighboring Niger, where 2,000 of its soldiers are already stationed.

Niger, the poorest state in the world on the UN’s Human Development Index, is struggling with two jihadist emergencies and seeking to boost the numbers of its armed forces.

France and the United States both have important military bases in the vast arid country, while Germany has an organization base.

Giant swabs and grumpy camels, as Kenya hunts for next deadly virus