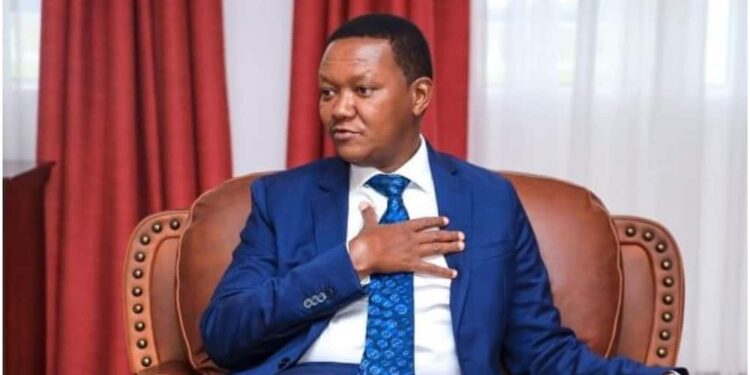 Foreign Affairs Cabinet Secretary Dr Alfred Mutua revealed that there are Kenyans in the diaspora brewing illicit alcohol for a living in some of the countries in the Middle East where alcohol consumption is illegal.

While speaking on Wednesday, January 18 during an interview with Citizen TV, CS Mutua commended Kenyans for their creativity in matters of business but also delved into the issue of how some engage in illegal acts, resulting to suffering of diaspora citizens, particularly in the Gulf.

He also disclosed that some of Kenyans in the illicit brew business have been arrested and deported for violating the laws abroad.

“We are taking care of all Kenyans in Qatar and we are the government speaking the truth …Kenyans are businesspeople, and in some of these countries in the Middle East, alcohol is illegal…” CS Mutua said.

The Foreign Affairs CS further highlighted the consequences of such illegal acts in the Gulf saying they are weakening the Kenyan passport and crippling government’s efforts in dealing with issues of welfare for its citizens abroad.

“It is creative, but we can be creative in other sectors. Some of them are losing their sight due to chang’aa. The things they are doing here they are doing there. That weakens our passport and bargaining points,” CS Mutua said.

Nonetheless, CS Mutua cautioned Kenyans in the diaspora against undertaking illegal business saying the government will be keen to take action on any law violators.

“We are there for you and this government is longing to work for you from corner to corner to make sure you grow up with hope and dream that whatever you dream can come true… you don’t have to undertake all these illegal activities to make money,” the CS noted.

Alarm in Kayole, Nairobi After Woman Was Found Murdered, Clothes Stuffed in Her Mouth