MPs Are Entitled To Allowances And Decent Salaries – Atwoli 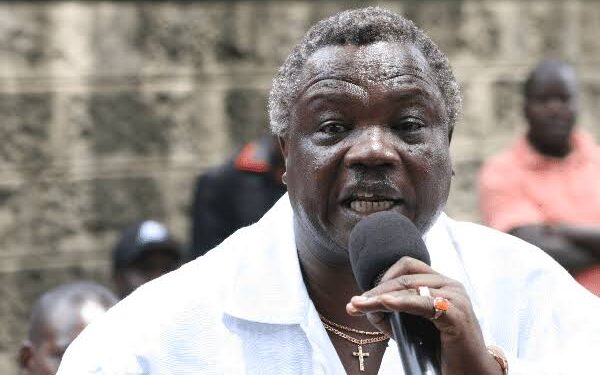 Atwoli’s remarks came amid rows between the Members of the National Assembly and the Salaries and Remuneration Commission (SRC) after car allowances and mortgage privileges were scrapped off from MPs benefits.

Moreover, the COTU boss on Sunday, September 25, defended the law makers, noting that they deserve recognition as MPs and denying them the benefits dedicated to their positions is a “disservice to the country”.

In addition, Atwoli argued that MPs must be unique and have nice cars to appear as leaders.

He further noted that it is upon the Kenyan taxpayers to guarantee them the bag of goodies while elected into office.

“If you say a Member of Parliament cannot be well paid what are you saying, our members of parliament must be unique. So many people depend on them and there are a lot of things they have to initiate in their own constituencies. If you curtail them from earning then what will give them the dignity as members of parliament then you are doing a disservice to the country,” Atwoli said.

“Our leaders must appear well, must dress well, must have nice cars, must be able to speak, must appear representative and must be seen as members of parliament. It is us as taxpayers to make sure that they are well dressed so that they don’t become conmen or do some other businesses which are not worth a member of parliament.” The COTU boss added.

Furthermore, while criticizing the Court’s decision to have the Constituency Development Fund (CDF) declared null and void, Atwoli said that the decision is leading the country astray and must be reverted back to its earlier decision.

“I don’t think whether SRC and other people including our judiciary who have stopped the CDF are doing the right thing. Those are some of the views that Kenyans must reflect back.” Stated Atwoli.