President Kenyatta Says He Has No Problem With Hustling 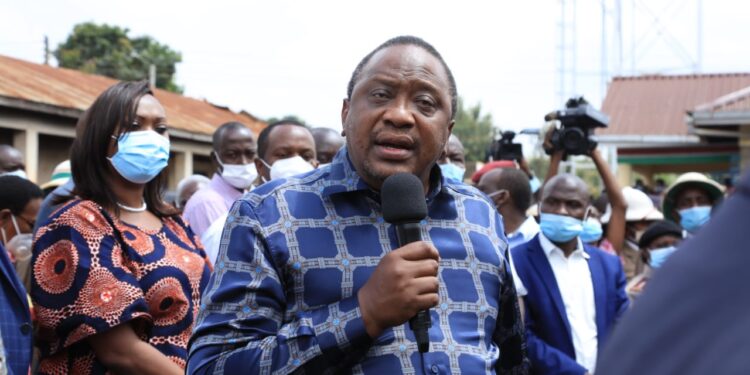 President Uhuru Kenyatta has said he has no problem with people hustling as long as it is a step towards something that is greater.

“Let us be focused. Let us build a brighter, better Kenya for each and every citizen so that we can all say that we are all proud to be citizens of a country where we all share equally in its wealth and heritage,” the president said.

Moreover, President Kenyatta made this remarks during his tour of Kisumu on Tuesday after launching the MV Uhuru ship.

He further revealed that he was impressed by the story of a young entrepreneur, who has transitioned to the textile industry from the mtumba business.

“When you want to limit yourself to thinking that everybody else is bad and promoting a culture and a way of thinking that does not encourage I think you are taking this country down the wrong lane,” he added.

Furthermore, President Kenyatta has on several occasions expressed concern with the hustler agenda propagated by his deputy whom he accuses of whipping up emotions without providing tangible solutions to Kenya’s problems.

“A wealthy nation is not determined by how many wealthy people are there, but by how many jobs you create as a nation, and how many young people you have employed,” he said.

Likewise, the spiteful friction between President Kenyatta and DP Ruto continues to play out in the public with the Head of State saying that he will soon make a public announcement.

Nonetheless, the deputy president was originally sure to succeed his boss, President Kenyatta, as the ruling party’s candidate.

However, the alliance between the head of state and Ruto’s main political rival Raila Odinga relegated him to the sidelines.

Moreover, previous elections in the country have been followed by violence due to rigging allegation.

However, the two leading presidential candidates have pledged to accept the poll results.