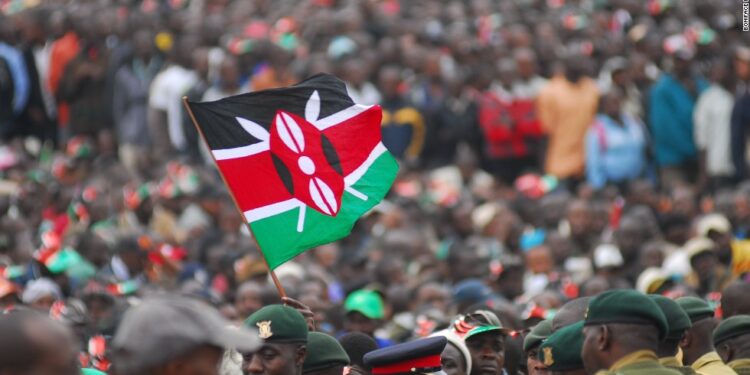 The US has been grappling with its racist past on more public stages since George Floyd, a black man, was murdered by Derek Chauvin, a white cop, on a street in Minneapolis in May 2020. The killing, captured on video by a bystander and broadcast around the world, has led to a worldwide outcry against racism, even in Kenya.

Although racism exists in its own shades of gray in Kenya and is a concern that the nation should tackle, tribalism is a much greater force wreaking havoc within the nation. Do Kenyans ever stop to consider the origins of tribalism in the country? Those origins are not that different from the ones that fueled hate and genocide between the Hutus and Tutsis of Rwanda.

European colonialists, having occupied countries not their own, sowed division among different tribes to keep them from uniting and overthrowing the colonial governments. In Kenya, for example, the origin of the feud between Kikuyus and Luos is almost never fully traced back to its devious origins.

Logically, there was no reason for Kikuyus and Luos to be such bitter enemies. Their lands were not adjacent to each other, so there was no geographical reason for these two ethnic groups to wage bitter wars against each other. It would make more sense for Kikuyus to mortally hate Kambas, Embus, or Merus—their close geographical neighbors. Likewise, Luos would be expected to have similar rivalries with Nandis, Luhyas, or Kisiis.

Also, old Kikuyu folklore would include tales about epic battles with Luos and vice versa. But there are no such stories passed down from the ancients of these two ethnic groups because these two tribes barely interacted with each other before the colonialists arrived in Kenya.

You see, the British realized that the Kikuyu and the Luo were two of the most populous ethnic groups within the newly drawn borders of Kenya—a country that was created during the Berlin conference of 1884-85, when European powers gathered to claim geographical regions in their Scramble for Africa. To maintain control of the country they had colonized, like other European conquerors, the British strategy lay in dividing and conquering. So they pitched the Kikuyu against the Luo by sowing seeds of distrust and division among leaders of these ethnic groups.

Subsequent post-independence Kenyan leaders have used the same strategies year and after year to maintain their own power—dividing and conquering ad nauseum. Preferring one’s tribe over others is a type of corruption that runs deep in Kenyan society—sadly even among Kenyans abroad.

With every election, politicians use lies and poor choices to widen the divides between ethnic groups. Often, I observe in surprise how even educated Kenyans, who have traveled to different parts of the world and experienced politics in other nations, still caucus and vote along tribal lines, instead of making choices that move the country forward.

How can we openly and publicly discuss and debate this issue of tribalism that holds Kenya back from true greatness? How can we change our perspectives so we can magnify and embrace the commonalities that make us Kenyan—even though Kenya was not originally a country of our choosing?

I hold out the hope that every successive generation will place less emphasis on tribalism, finally bringing Kenya to a place where its citizens are truly united under one national identity, despite its various regional flavors. What do you think you could personally do to speed up the eradication of tribalism in Kenya?

Programme For Ruto,Gachagua Swearing In