No Extension of Term for 2022 Election, Says John Mbadi 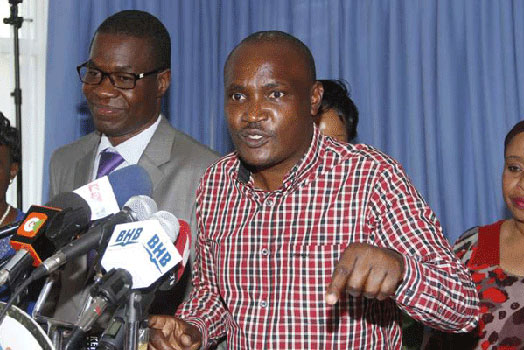 Suba South MP John Mbadi has said the next 2022 General Election would take place as stipulated in the constitution of Kenya.

“The constitution is clear on the dates of elections is on Tuesday, August 9, if anyone wants to change dates, they must follow the provision of the constitution,” he said.

He also said the constitution only allows the change of the election dates only when the country is at war, saying that it was upon the lawyer and court to determine what amounts to war.

Mbadi further stated that dates of elections could also be postponed through the parliamentary process for a maximum of six months and not beyond one year collectively.

The lawmaker said that those pushing for the debate would have to explain to Kenyans why it was necessary if such time comes.

According to the MP, there was no relevance to the debate of the change on election dates.

His sentiments came a few days after the Gatundu South MP Moses Kuria complained that President Uhuru Kenyatta was planning to extend his term limit.

On Friday, April 23, the MP claimed that the president had already convinced some communities in the country to support his plans to extend his term in office, citing the Maasais.

“The official campaign for the third presidential term is on. Maasai community has been convinced, and they are already in,” he wrote.