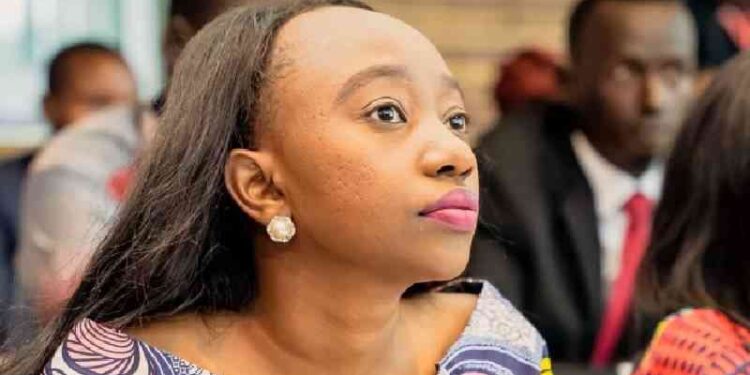 President William Ruto has defended his daughter Charlene over her ‘Office of the First Daughter’ statement that sparked mixed reactions among Kenyans online.

On December 13 Charlene, introduced members of her team to a summit held in Arusha, Tanzania. The team included Mike Sagana, whom she said was her principal adviser, and Jermaine Momanyi, whom she introduced as the head of trade and investments at her said office of the first daughter.

The comment by the president’s daughter caused controversy among Kenyans because the country does not have the Office of the First Daughter in the constitution.

However, Ms. Charlene in response issued a statement saying the office is a “private entity” which runs on the support of “facilitators” and not State funds.

Nevertheless, the head of state on Wednesday, January 4 noted that his daughter does not have an office and she had made the comments as a “child” who was “just being herself”.

“Leave my daughter Charlene alone. These are kids, they are just being children, you know very well, James, that there is no such office. This is a girl who is just being herself, a child.” Ruto said during the Wednesday interview with NTV’s James Smart.

According to president Ruto, Charlene’s unit is just an informal set-up she runs with her “colleagues”, who he said are “pushing” her to try out things.

“She has this space with her colleagues, who are pushing her that ‘we could do this’. She is okay. She is just being the daughter of William Ruto and sometimes she doesn’t know the divide between the president and her father,” Ruto said.

Additionally, in her statement last month, Charlene Ruto stated that some of the objectives of her office include championing what she termed as youth-based agendas as well as climate action.

“The office runs to purely facilitate the activities of & any programs being run by Ms. Charlene Ruto… Through its independent structure and facilitators, the office has engaged various players across the country and beyond in line with some of its objectives of championing youth-based agendas and climate change advocacy.” Read part of her statement.