“Those are Teething Problems ” – Wamatangi on Row with MCAs 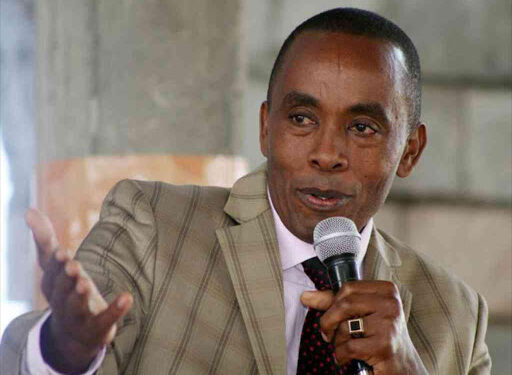 Kiambu governor Kimani Wamatangi has said his squabble with the MCAs is just a teething problem that new administrations face.

Governor Wamatangi who spoke on Thursday, January 12, said that a governor can’t fail to give bursaries.

“Those are teething problems within a new administration. On the accusation that I have refused to give bursaries, a governor cannot fail to give bursaries because it is prescribed in law and they must be dispensed equally,” he said.

He noted that the bursaries will be dispensed to those deserving and in a transparent way.

According to the Kiambu governor, the row with MCAs was a learning experience to ensure the county becomes lawful. Nonetheless, Wamatangi held a meeting with the MCAs earlier this week to end the row.

Governor Wamantangi and the Kiambu County representatives have been at loggerheads over disagreements on the management of the Ward Fund.

Furthermore, the MCAs argued that bursary committees were being formed at the ward level without their knowledge or involvement.

They also accused governor Wamatangi of belittling them and not honoring their invitation to discuss the welfare of Kiambu county.

Wamatangi has been facing opposition from a section of MCAs since he was sworn into office. The ward representatives at one point rejected half of his Cabinet nominees.