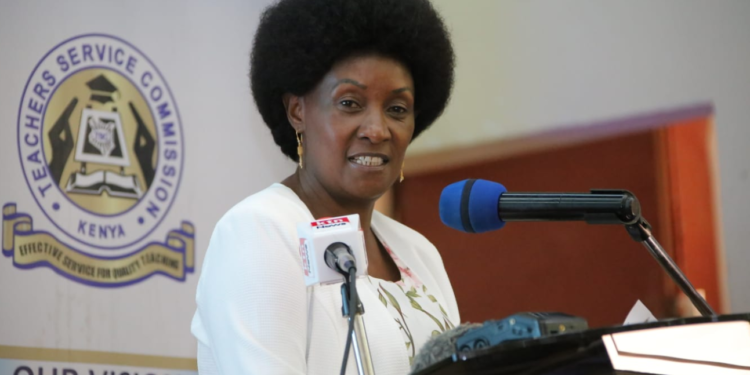 The Teachers Service Commission (TSC) CEO Nancy Macharia has approved the application of more than 14,000 teachers for regional and inter regional transfers.

Macharia approved the applications before the deadline given to the TSC by the National Assembly’s committee on education to reverse the delocalization policy that saw teachers posted away from their homes.

The mass transfer of teachers which came following the reversal of the delocalization policy that has been in existence since 2017 will affect both primary and secondary schools.

Furthermore, the TSC CEO has instructed the commission’s secretary and all regional directors to facilitate the transfers of 14,613 teachers to new stations before the schools re-open.

Moreover, the teachers whose transfers have been approved are expected to report to their new stations before schools open on 23rd January.

Likewise, the secondary schools affected by the transfers will be receiving new principals by Monday, 16th January.

Nevertheless, the National Assembly had given the Teachers Commission until the end of January 2023 to allow teachers to serve in their own regions.

This move is as opposed to the policy instituted by the commission which demanded that delocalized teachers serve at least three years in the Northern Eastern region, and five years in other regions before qualifying for a transfer.

The regional and national headquarters will consider gender balance, the age and health of the teachers and the teachers’ disability when placing them in their new schools.

Gachagua Clears The Air About His Inauguration Day Speech

Dagoretti: Mob Lynches Man Who Wanted To Kill His Family